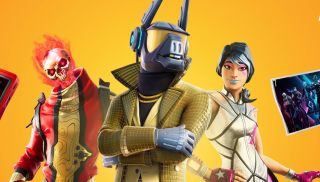 If you're not quite ready to leave Fortnite Season 10, Epic's hitting pause on its inevitable end for a week. The season was expected to conclude on October 6, but instead there's a new overtime mission, Out of Time, and end-of-season rewards to earn before Season 11 begins.

Out of Time will start on October 8, letting you complete challenges to net yourself XP, cosmetics, and a commemorative loading screen, just in case you never want to forget Season 10. Maybe this is where you fell in love for the first time or learned to pilot a mech, both equally important life moments.

The Zone Wars LTMs will also be sticking around, consolidated into a pair of playlists for solo players and groups, and you still have time to throw cash at the Batman-themed stuff in the shop. The Flint-Knock Pistol has also been unvaulted.

Overtime will end on October 13.