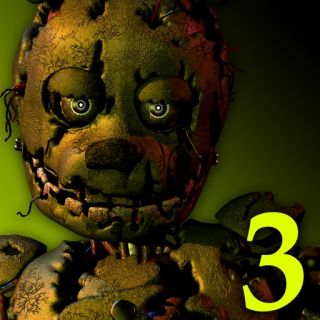 I've heard a lot of good things about Five Nights at Freddy's, the horror games in which you keep watch over a children's pizzeria and the horrific creatures who lurk within. The original game was a "frightfully effective nightmare machine," according to our review, while the second, despite its frustrating level of difficultly, is "one of the scariest environments you'll sweat in." Confirmation that a third Five Nights is in the works came to us earlier this month, and it's now appeared on Steam Greenlight, complete with a brief and happily creeptastic teaser.

"Thirty years after Freddy Fazbear's Pizza closed it's doors, the events that took place there have become nothing more than a rumor and a childhood memory, but the owners of 'Fazbear's Fright: The Horror Attraction' are determined to revive the legend and make the experience as authentic as possible for patrons, going to great lengths to find anything that might have survived decades of neglect and ruin," the Greenlight description states. "At first there were only empty shells, a hand, a hook, an old paper-plate doll, but then a remarkable discovery was made... The attraction now has one animatronic."

And that's the extent of it. The trailer isn't much more informative, saying only, "He will come back. He always does. We have a place for him," and that it's coming soon. Are you ready?