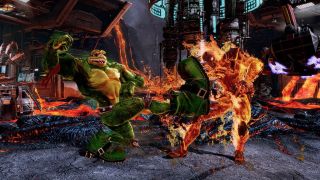 Xbox has announced four new games available for PC through Xbox Game Pass for PC. They'll become available over the next weeks, and one is a game that launches today.

At the top of the list is Night Call, a neo-noir mystery game that casts you as a taxi driver in modern-day Paris. You'll need to talk with your fares to work out the identity of a serial killer stalking the streets before the police decide it's better to shut the whole thing down than get to the bottom of the case.

July 18, pass holders will get access to The Banner Saga 3, the final chapter in an Oregon Trail-meets-XCOM trilogy about Norse-style warriors and giants fighting back against an apocalyptic force that's consuming their world.

The PC version of Xbox Game Pass runs $5/£4 per month, but if you're not already a subscriber you can opt in now for a single dollar or pound (or your regional equivalent).