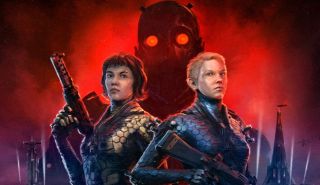 Wolfenstein: Youngblood, the best teenage-girls-slaughtering-Nazi-pigs game to be released in 2019, got a major free update today that adds an new endgame mission that will set players off through two brand-new areas—a Parisian reservoir and a secret Nazi bunker—in search of "Da’at Yichud Artifacts." (That's also what the sidequest is called.) Once the job is done, 20 new Treasure Maps will be added to the game's Missions tab, each of them leading to artifacts that will reward those who can find them with experience, silver coins, and ability points.

Those new ability points will actually be useful because the update also adds 11 new abilities, including the God Key Sense, which will make it easier for players to locate hidden treasures—although that ability will be granted automatically after you've completed the new side mission, so you won't have to spend any points to get it.

There are also a pair of new Pep Signals to throw, one that restores heavy weapon ammo, and another that grants quad damage across the board for four seconds, and a trio of new enemies: the Wurmlochsoldat (Teleporting Übersoldier), the Electrodrohne (Tesla Drone) and the Turmhund (Laserhund with a turret).

Explore ALL NEW areas of Paris in #Wolfenstein: Youngblood Update 1.0.7, our biggest content update yet, now LIVE on PC, PlayStation 4, and Xbox One; and coming soon to Switch! https://t.co/bX13XLu5m5 pic.twitter.com/P6iXrDFaNKNovember 12, 2019

Update 1.0.7—Bethesda said it's the biggest update yet, but apparently it's not quite big enough to warrant a fancy name—is live now. And if you missed it last week, Bethesda also recently explained how to clear up a problem (actually a new privacy setting recently added to Steam) that can keep Youngblood from accessing your friends list.

In case you were wondering about that catchy tune leading into the update video: