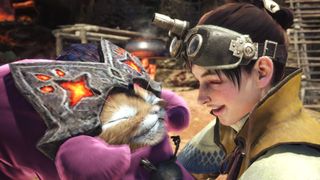 Find all previous editions of the PCG Q&A here. Some recent highlights for you:
- What videogame enemy scared you the most?
- Which game made you laugh the most?
- Has a game ever felt like it's become your job?

We're closing in on the end of 2018, and as more and more big releases drop, we're figuring out how best to spend our time playing games before our GOTY discussions formally begin. Looking back on the year, though, the PC Gamer team's attention has been split across a whole bunch of different releases, some current, some from previous years.

This weekend, then, we asked the team to audit their various clients and figure out the answer to the following: which game have you played the most in 2018 so far? Let us know your answers in the comments below.

Yes, Origins, not Odyssey. I have a nasty habit of letting the release of a sequel remind me that I never really played its predecessor. I'd put maybe four-or-five hours into Origins when it came out, and then left it on the backburner. Skip forward a year and everybody is getting very excited about Odyssey. I nearly skipped straight to it, but to be honest, Hellenistic-era Egypt just seemed like the more interesting setting. So that's how I've spent a bunch of the last month: hanging out with Cleopatra, riding around deserts, and murdering elephants for no obvious reason. Good times. After I'd wrapped up Origins, I started on Odyssey, but, honestly, I think I'm Assassin's-Creeded-out. Maybe when the next game arrives.

My second longest playtime in a game this year was Crusader Kings 2. Although that probably shouldn't count, as I didn't actually play it.

This one really crept up on me. I finished every sidequest in Deus Ex: Mankind Divided and beat the mediocre DLC, too, and I still can't figure out why that collectively took 47 hours. I did spend a lot of time exploring every little bit of the Palisade Bank and poking through all the buildings, so maybe that's where the time went. It's pretty likely I played GTA Online for longer than this in 2018, but I can't be absolutely sure of that. I'm certain Assassin's Creed Odyssey will pass Deus Ex in a couple of weeks.

Even though you spend a little bit too much time stuck in the same beautiful Prague streets, Mankind Divided was a pretty satisfying immersive sim. I felt like its levels were broken down into digestible chunks, whereas Dishonored 2 is full of wide, open spaces where I always seem to get caught by enemies, even if it's a far superior game generally. I also didn't feel let down by the ending of Mankind Divided, or how incomplete the story is, and I think a lot of other people did. It's unquestionably a better game than Human Revolution to me, which was more pared down than I remembered upon replaying it in 2016.

Editor's note: James isn't sure how much he's played Fortnite this year. "Over 300 hours? Whatever it takes to fully complete three season battle passes and every challenge while hitting level 70 or so."

I have no idea how long I've played Fortnite this year, but it's what I've returned to over and over and over again. It's not like I'll decide to sit down and play Fortnite all night long, but a match here and there, at lunch or in the morning or another while I wait for my partner to finish getting ready all add up. It's also a game I cover pretty heavily for work, which means dipping into Playground mode often for decent screenshots. It's the seasonal arcs that keep me around.

Fortnite is so far bereft of any real story, with cubes and rockets and space-time rifts somehow tying into the state of the world, but the constant change those in-game events carry with them make it one of the most fascinating games to check in with every week. New weapons like the double-barrel shotgun encourage 'W-key' aggression, weird new traps like the freezers force players to rethink movement and build fights, infinite glider redeployment makes for a much faster, mobile game—my most comfortable habits are gutted every time I play, and that's what battle royale should do.

Apparently I have 42 hours in Megaquarium. How on earth did that rack up so fast? I mean, sure, there was all that tank tinkering and the whole fiasco with needing to entirely repopulate my attraction after forgetting to hire people to feed the fish. Also the whole spending hours with the game paused so I could optimise the visitor routes and... Wait. I see how 42 hours happened.

Megaquarium isn't actually the game I've spent the most time playing, though. It's just the game where I can put a definite number to 2018's playtime. Subnautica definitely eclipses it, I'm just not entirely sure how many of my total 123 hours came from 2018 and how many were from stints of base-building in the game's beta period. I think I clocked up about 50 hours while doing the review and then about 10 more hours in the weeks after that? I put it to one side after that because I'd burnt out a bit, although judging by other games on playlist this year—Megaquarium, No Man's Sky (which got an underwater update recently), Minecraft's Update Aquatic—it's fairly safe to say I'm not sick of the sea.

Based on archive.org snapshots of my Steam profile, I had about 290 hours-played in Rainbow Six Siege at the end of 2017. After a lot of ranked play in the last month and the recent Halloween event, I'm at 521. [calculator tapping] That's 104.2 viewings of Eat, Pray, Love I could've enjoyed in 2018, damn.

Siege is really good. Characters' unique equipment (invisible poison caltrops, bear traps, one-way mirrors, a blowtorch, a ballistic shield that zaps people, drones that fire concussive blasts) empowers players to alter the map in creative ways, and I love how much it relies on adjacent skills like feinting, listening, and timing rather than merely your aim.

Rocket League. Still. I'm at 531 total hours played, most of which came from two periods: right after it launched, and the past two years, when I discovered a group to play Snow Day with. There was a long break in between those periods, and I wasn't sure I'd ever go back because the average skill level has gotten so high (you will never catch me doing a flip reset, but you will find me flipping through the air a good 10 feet wide of the ball). Switching over to a puck is what re-hooked me. I love the small, dedicated community that's developed around Snow Day, as well as the emphasis on ground and wall play, where a great pass along the surface can be as exciting as an aerial off the wall. This year has probably accounted for over a hundred hours, and with Snow Day now ranked, I won't be slowing down. Now you know why I talk about Rocket League so much. I will never stop.

It's been a monster hunter's life for me, the last few months. For much of the year I bounced from game to game, not playing much for more than a few hours at a time. But I've gone deep into Monster Hunter, finishing the campaign and as many special events as I can catch. Recently, after getting back from a two week vacation away from my PC, I've started fighting the game's tempered monsters, which are the big bad tougher versions of the beasts I've already slain. Gotta get those rare drops so I can take my armor and weapons to the next level! The amazing thing about Monster Hunter is how much time you can spend playing and enjoying the game with a weapon, before trying out another one that plays dramatically differently. In my 75 hours I've pretty much only used three weapon types: the charge blade, the dual blades, and the insect glaive. I think next I'm going to tackle sword and shield. Or maybe the longsword. Bring on Kulve Taroth. I'm ready!

We asked folk from the PC Gamer Club to contribute this weekend in our member-exclusive Discord channel, and below you'll find some of their answers. There's a lot of love for Subnautica.

Philip: "Subnautica. 84 hrs! (and completeted. My GOTY I think) After Subnautica, 74 hours in The Division and 65 in Yakuza 0 (I wanna go back and do some more in that one I think)."

Christmasface Jones: "For the year it has certainly been Quake Champions. 2018 has been a great year for the game with all the new maps, champions, and game modes."