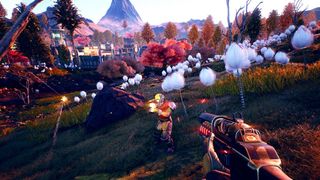 Microsoft has discounted dozens of PC games at the Microsoft Store, with savings of up to 50 percent on select titles, such as Forza Motorsport 7 Ultimate Edition and Age of Empires: Definitive Edition. Combined with Steam's Winter Sale and discounts at GOG, disposable income doesn't stand a chance this time of year.

That's okay, because it's all about perspective—are you spending $24.99 on Sea of Thieves: Anniversary Edition, or saving $25? The answer is both, of course, but being able to flesh out your game libraries is one of the benefits of the digital distribution era.

There are 89 games in all that are on sale at the Microsoft Store right now. Most of them are up to 50 percent off, though there are a few that go even further (Goat Simulator is 75 percent off, for example). Here's a look a some of the discounted games, in no particular order:

Many of the sale prices are valid for 13 days from the time of this writing, though a few expire in 11 days. Either way, there's plenty of time to stock up and stash a bunch of games.

Alternatively, you could just buy a subscription to Xbox Game Pass, which includes most of these games and currently costs just $1 for the first month, and $9.99 per month afterward. Or buy an AMD graphics card or Ryzen CPU and get three months of Game Pass for free.