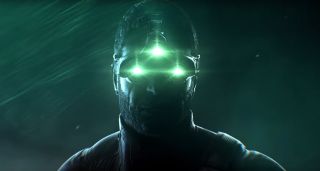 Facebook is on the prowl for game studios, according to The Information, and wants to seduce people to its VR headsets with the promise of virtual reality adaptations of Splinter Cell and Assassin's Creed. The headsets already look a lot like Sam Fisher's ever present night vision goggles, so why not?

Two people allegedly familiar with Facebook's plans say that deals have already been signed with Ubisoft. I'm not sure sneaking around my flat in VR is going to be good for my shins, but who knows—if it does well, maybe we'll get the proper Splinter Cell game we've been waiting for.

Mark Zuckerberg is said to be involved, but the push is being lead by Jason Rubin, the vice president of special gaming initiatives and co-founder of Naughty Dog.

Oculus also recently released the Oculus Quest, which we gave a score of 91. It's a wireless device that doesn't need anything extra, like a PC, and boasts a solid library, if smaller than other established headsets. It's a bit more accessible than a lot of its counterparts.

Oculus hasn't announced any new partnerships for the Oculus Quest, but Facebook is apparently taking the lead of publishers like EA by trying to snatch up smaller developers and add their games and IP to the pile. Apparently it even wants to find an alternative to big free-to-play games like Fortnite, though that will be a hard sell when Fortnite is playable on every device, including phones.

You can read the full article here, but you'll need to sign up with an email address.