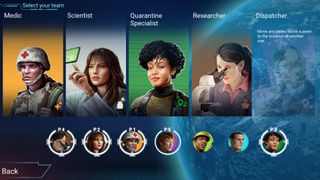 Last week Asmodee Digital confirmed three of its digital board games would hit the Epic Games Store on February 20: Ticket to Ride, Carcassonne and Pandemic. In the lead up to that date—between February 6 and 13—all three of those would be available to download for free, in keeping with Epic's habit of giving stuff away.

But that's no longer the case with Pandemic. In a statement, Epic Games has confirmed that Pandemic will no longer be free during that period. "We've shifted the release of Pandemic as a free game in our store schedule to a later date," the statement reads. "Ticket to Ride and Carcassonne will still be available as the free games of the week from February 6 - February 13."

Meanwhile, the Pandemic game page on the Epic Games Store has either been removed or is down, while the pages for Ticket to Ride and Carcassonne remain intact. Pandemic remains available on Steam.

No reason is provided for the Pandemic no-show, though it's easy to speculate that it's due to sensitivities arising from the coronavirus emergency. According to Al Jazeera the current death toll is 425. A swathe of gaming related cancellations have been attributed to it, including the Taipei Game Show and China-based Overwatch League matches.

And in case it wasn't clear from the title, Pandemic is a game about "four deadly diseases spreading across the world", and it's the players job to contain them.