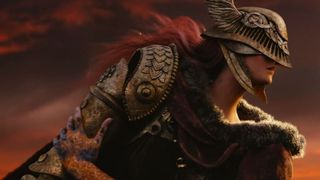 The 2020 Taipei Game Show, scheduled to take place February 6-9 (and also where we were expecting to finally get a look at From Software's upcoming Elden Ring) has been postponed until the summer due to the ongoing outbreak of the Wuhan coronavirus.

"Taipei Game Show is one of the iconic annual networking events. With that in mind, W.H.O. has declared a global emergency as Wuhan coronavirus spreads," organizers said in an emergency announcement.

"Considering mass gatherings like Taipei Game Show increase the chance of cluster infections, the organizing committee has decided to steer away from such unthinkable risks. We sincerely ask for exhibitors’ understanding of such a major decision."

W.H.O. has declared global emergency as Wuhan coronavirus spreads. We have decided to postpone 2020 Taipei Game Show to this summer. Details will be announced in the upcoming days. #TaipeiGameShow #TaipeiGameShow2020 #staysafe #stayhealthy #stayawesome pic.twitter.com/vSSs5QvEMRJanuary 31, 2020

The day prior, organizers had announced the implementation of "a series of epidemic preventions according to the guidelines provided by Taiwan Centers for Disease Control," but decided to halt the show completely following the World Health Organization's declaration of the Wuhan coronavirus as a Public Health Emergency of International Concern. WHO chief Tedros Adhanom Ghebreyesus said when the declaration was made that the step was taken not due to "what is happening in China, but what is happening in other countries," particularly those with poorer healthcare systems.

Taiwan is not a member of WHO and its participation in related activities has been blocked by China, which considers Taiwan a Chinese province that's already represented by Beijing. WHO and other international agencies do not recognize Taiwan's independence.

The Taipei Game Show doesn't have the high profile of events like the Tokyo Game Show or Gamescom, but it's a major draw: 320,000 people attended the 2019 event, compared to 373,000 for Gamescom and 262,000 for TG3. One big thing we were looking forward to in this year's event was a first proper look at Elden Ring, the new game being developed by From Software in collaboration with George R.R. Martin. At one point Target that he Elden Ring release date listed as June 30, 2020, which could have resulted in it coming out ahead of the Taipei show, but it's now listed as December 31, almost certainly a placeholder date.