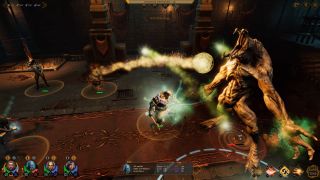 Indie dungeon crawler Tower of Time is free on GOG for the next couple days. If you aren't familiar, it's a dungeon crawler set in a sort of magic-punk, advanced technology world. Despite its real-time combat, it’s very much a game for those who enjoyed Divinity, with highly customizable characters and a lot of story to read.

Battles are handled with an RTS-like system, though you can slow and pause time to give orders, and has you coming up against large groups of enemies that take some tactical juggling to defeat.

Tower of Time was released just last year, so it's a pretty fresh game to be on offer for free. You can grab it on GOG until 9 am ET on Wednesday, January 1st. That’s 14:00 UTC.

If you’re looking for other games to pick up during the last of the holiday promotions, we put together a list of 25 great games that are $1 or less right now.