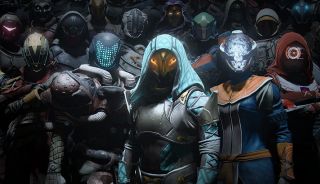 Bungie is deep in Destiny 2 right now, but it's got an eye on the future, too. CEO Pete Parsons told IGN that tomorrow's launch of Shadowkeep and New Light is "a really bright shining spot on our ability to bring products to the marketplace and customers" as an independent company, which in turn is helping the studio pursue its goal of becoming "one of the world's best entertainment companies" by 2025.

Part of that process is building Destiny into a "single evolving world" akin to what game director Luke Smith described in his three-part August analysis of the state of Destiny 2, which will see the events of each new season set up and lead into a subsequent season. But it also includes branching out beyond Destiny as well.

"By 2025 we have a pretty specific path to make sure we transform Destiny and that we have other franchises within the marketplace," Parsons said.

"I think the long-term vision of Bungie would be, we have worlds like Destiny that are great places to go and build friendships in. And we begin to introduce new worlds that people care a lot about."

2025 is more than five years away and plans can change in a lot less time than that, but it's possible that the wheels have been turning on the post-Destiny strategy for quite awhile already. In June 2018, Bungie received a $100 million investment from Chinese gaming company Netease intended to transform it "from a single-franchise development team into a global, multi-franchise entertainment studio." The investment announced included a specific reference to new projects, saying, "Under the stewardship of Chief Creative Officer and Bungie Founder Jason Jones, Bungie will begin the creation of new worlds."

A few months later, Bungie filed for a trademark on "computer game software" called Matter, complete with a very colorful logo; a few months after that, Bungie split with Activision and struck out on its own, a move that will culminate tomorrow, October 1, with the launch of Destiny 2: Shadowkeep and New Light on Steam.