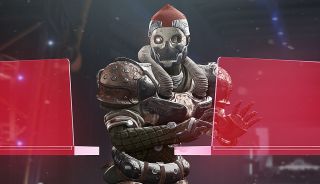 The good news is that the process of moving Destiny 2 from Battle.net to Steam ahead of the launch of Shadowkeep and New Light has begun. The bad news—because there is no light without darkness—is that Destiny 2, and Destiny if that's still your thing, are now offline, and won't be back until tomorrow.

See you on the other side, Guardians. https://t.co/tSYxtuHbRhSeptember 30, 2019

The lengthy downtime was announced last week, but Bungie's help site now has a detailed schedule of how it will all go, if it all goes according to plan. The games were taken offline earlier this afternoon, and "some of the Bungie.net and Destiny Companion features will be unavailable on web, mobile, and third-party apps" as well. Basically, you need to find something else to do today.

The tweet says maintenance should conclude at 10 am PT/1 pm ET on October 1, while the help site says it will be done at 12 pm PT/3 pm ET, but the apparent mixup is a matter of terminology: Destiny 1 and 2 services are expected to be back online at 10 am PT, also when the 2.6.0.1 update will begin rolling out. That process is scheduled to be complete by noon.

Bungie warned that some players may have trouble signing in during the period of "background maintenance" between 10 am and noon PT, and given the scope of the move, it's possible that there will be some other bumps along the way too. We'll keep you posted.