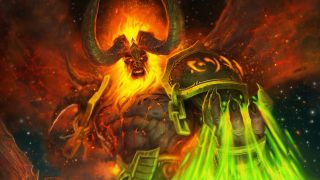 Some of them are rubbish though, right? As individuals there are genres we can't face playing. Let's explore that bitter seam and have a nice wholesome argument along the way in this week's edition of the PCG weekend Q&A. You'll find the rest here.

Oh, this is easy. I hate sports games. I don't care if it's NFL, NHL, NBA, FIFA, cricket, or curling, I have no interest in playing a digital sport. I think it stems back to my youth, where I spent all of my free time cultivating my computer skills instead of worrying about sports--much to my mom's chagrin, I might add. But if I don't care much for playing a sport in the real world, why would I want to play it as a computer game? Answer: I wouldn't. Okay, so I wouldn't want to run around a real post-apocalypse trying to survive, and I would probably hate being in an actual swordfight, but both are far enough removed from my everyday life that they're more fantasy than reality. Sports, I could go out on the basketball court at any time to show just how uncoordinated I am, and it doesn't help that I'm equally bad at digital sports. I don't need any additional painful reminders of my aging body, thanks.

My body rejects MMOs. I can’t tolerate the grind that’s built into the experience—the repetition, the 'combat dance' that some MMOs still resemble, the cobwebs of UI. One reason I feel that way are the 10 years I’ve been doing this at PCG—part of the 'burden' of this job is making time to play the stuff you feel a responsibility to play (GOTY candidates, for example) while also keeping a firm grip on the ever-evolving multiplayer games or mod scenes you specialize in. It's hard to have room for that and something like EVE Online or World of Warcraft. I imagine some of the other folks on this page feel similarly.

The closest I came was DC Universe Online a few years ago. Former editor Josh Augustine (who’s now working at Blizzard on WoW, bless him) and I played a bunch together. I loved the theme, the character creation, the expressive movement, and the chance to basically throw myself into an endless Justice League Unlimited cartoon. But the moment to moment was still a matter of rolling up to instances, punching all the dudes, and picking up 10 MacGuffins. Over and over again. But hey, stuff like Rend seems promising for the way it takes the best bits of survival, MMOs, and other genres and seems like it'll respect your time a bit better. I'll dip my toe in that.

Evan, as always you have my pretend sword. A huge part of me wants to be the kind of hopeless MMO no-lifer that Steven is, because fundamentally I love grinding for gear and min-maxing builds. But holy smoke I can't abide traditional MMO combat. I remember an old colleague trying to convince me Asheron's Call (RIP) was incredible—and he really did believe it, because he actually launched a Machinma soap opera based on it for a TV company—but I couldn't get past how shitty the fighting felt. Fundamentally you stand there rochmaboing enemies with increasingly complex macros until one of you falls down. How WoW has a PvP scene blows my (admittedly quite ignorant) mind. I even tried watching some WoW raiding over the holidays just to see if might have changed sufficiently to draw me in, but all it did was trigger bad memories of the time I had to grind for a whole weekend to get the Hearthstone Lady Liadrin portrait. Sorry MMOs, it's not me it's you.

First person shooters. I mean, they’re all the same. The mechanics were invented some twenty-plus years ago. Is there anything new? It all feels to me like it’s the same old games reskinned. The guns are reskinned. And the environments are reskinned. What’s new? Oh I know, a free for all battle-royale. That’s new. Right? I clearly remember that was introduced sometime back in when Quake was hot. I also don’t like sports games. It’s the same money grab every year. Same game. New graphics, new year on the game title. Let’s rename Hockey 2017 to Hockey 2018 it’s a new game. How about MMOs? Let me get excited over killing that wild bore the 9000th time. Exciting. And why do I always have to be fighting in dungeons? Never mind—I’ll just stick to hardware.

Hyper competitive online games. A few years back, Chris Thursten attempted to teach me and the rest of the team Dota 2 for a feature. He was a good teacher, bless him, but that game is so fundamentally uninteresting to me that every lesson was a dispiriting chore. I really tried to like it, but I'm just not wired for that kind of thing. With a few exceptions, I don't play games designed to be mastered. I play for the experience; for stories and worlds and atmosphere. So the idea of something like Dota 2, where you can play for thousands of hours and still have room for improvement, is a hell to me. Some people will play an online game, get their arse handed to them, and use that as a catalyst for improvement. But for me, it makes me want to quit and play something else.

I like how part of this just turned into beating me up for how I choose to spend my time when you all should be praising me for being the only one on the team whose hand shoots up when a new MMO needs to be reviewed. In that spirit of thrown shade, I'd also like to point out that Tim trashes MMOs but is also our resident Destiny fanatic—which is arguably the most rote and backwards-looking pseudo-MMO of the decade. *Straightens tie and takes a deep breath* But now that I'm done having my feathers ruffled, I'd guess I'd say the genre I dislike the most is probably Hearthstone because fuck it, I'm still angry. MMOs aren't perfect—in fact most are absolute trash—but god damn it I'm a man who likes ambition and nothing is more ambitious than cramming thousands of people into a virtual world and asking them to play nice. Put that in your deck and draw it, Tim.

Turn-based strategy, partially because of the strategy part but mostly because of the turn-based part. I'm not great at strategy in general, but at least real-time strategy means I can get my ass kicked quickly and concisely without a bunch of waiting. I think I've just grown so impatient over the years that anything that doesn't happen in real-time feels like a waste of time. An example: a few years ago I tried playing Dungeons and Dragons again, and despite loving it as a teenager I just couldn't bear it as an adult. There's just so much time where I'm not doing anything but waiting for someone to finish what they're doing before I can do what I'm doing. What am I supposed to do while I'm waiting, enjoy the company of my friends? I don't have time for that!

Finishing my turn of a real-time strategy game and then sitting there waiting for my opponent to do something (crush me, typically) is just too much of a drain on my patience. Come on, it's the future! We have the technology to both do things at the same time. A little less conversation, a little more action.

I hate card games in real life, and I hate them even more on screen. I tried to play Hearthstone but promptly uninstalled it. I mashed through the mandatory Gwent sequences in The Witcher 3 without a care in the world for whether I would “win” or not. Because really: who cares about winning at cards? What do you get, more cards? I don’t even like it when they put cards in otherwise non-card-centric games, such as Respawn did in Titanfall. If I wanted to play cards I’d volunteer at a retirement village, thanks.

As the guy who used to review MMOs for PCG, I've got Steven's back. Also I hate almost all card games, so this works out perfectly. This isn't because I've held a grudge since Tim beat me in a 'friendly' Hearthstone tournament we ran in the UK office a few years back—definitely not—but because everything about the genre feels so tedious and arbitrary. I'm browsing through our list of the best Hearthstone legendaries right now, and, what's that? "If your deck has no duplicates, your Hero Power costs..." I'm sorry I'm actually falling asleep right now.

The second worst genre is point-'n-click adventure. This is for two reasons: one, adventure games are usually filled with unintuitive puzzles designed to gate your progress through what would have otherwise been a fun, atmospheric story, and two, the hardcore fanbase is convinced these puzzles are good and clever. But no, using breadcrumbs to tempt a seagull into attacking a rubber duck so that you can retrieve a clothesline isn't clever. Fashioning a moustache out of syrup and cat hair in order to disguise yourself isn't clever. Basically anything that happens in Myst isn't clever. It's stupid, and adventure games are bad. (Except the Blackwell trilogy, which I actually enjoyed a lot.)