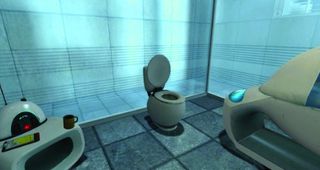 Oh, snap! It's yet another PCG Q&A, where every Saturday we ask the panel of PC Gamer writers a question about PC gaming. You're also very welcome to share your thoughts in the comments below. This week: which game actually lived up to the hype?

I hated the first Witcher game, and although the second one's an improvement in a lot of ways I still thought most of it was dull—apart from the bit where you get drunk and wake up with a tattoo, obviously. So when glowing reviews came out for The Witcher 3 I ignored them. There was plenty of other stuff to play in 2015: Tales From the Borderlands, Rocket League, Life is Strange, Pillars of Eternity, Devil Daggers, Her Story. I was busy.

It took a solid year's worth of articles about how incredible every aspect of The Witcher 3 was, from the side quests to the potion-making to the characters to the wind in the goddamn trees, before I finally caved and tried it. Everyone was right, it's now on my "best games of all time" list, and I've become one of those people who says you should turn the music down so you can hear the wind in Velen. There's an entire subreddit devoted to whinging about games journalism's never-ending love affair with writing about The Witcher 3, but without that constant praise I wouldn't have pushed past my disinterest to give it the chance it deserved. And now I've become one of those people who won't shut up about The Witcher 3.

Not everyone will agree with this one, but I've lived through multiple Metal Gear hype cycles (MGS2 and MGS4 most memorably), and this is the one game that really deserved it. While this Metal Gear has the worst story in the series by far, it's also a superior stealth game. With its suite of upgrades and repeatable missions, I easily played MGSV for over 100 hours, and I have no doubt I'll reinstall it someday.

I think the original Portal was a near-perfect experience. You learned to play as you played and each test chamber increased in complexity at a rate that was challenging but never frustrating. It was funny and surprising and satisfying, and short enough that it didn't have time to wear out its welcome. When trailers for Portal 2 began appearing, I was just as excited as anyone else, though I wasn't really expecting to love it in the same way. More complex, more characters, more story, more puzzles, more more more. I just couldn't imagine it matching the original, which proved (to me at least) that less is more.

It definitely lived up to the hype, though. Portal 2 is amazing, funny, challenging, surprising, and every bit as brilliant as the first. Maybe it's still true that less is more, but that doesn't mean more is less.

Piggybacking off Chris here, Half-Life 2 was an incredible follow-up to one of the best (if not the best) games of the '90s. The original Half-Life surprised the hell out of me with ways it changed the first-person shooter. After playing a ton of Quake and Quake 2, story seemed to be an afterthought, but Half-Life revolutionized the genre. Okay, the Xen levels at the end almost ruined it, but I still wanted more.

And then I waited, waited, and waited some more. Daikatana proved that games too long in development could suck, and HL2 felt like it might be doomed to the same fate. But with the addition of the gravity gun and physics, plus a great setting and story that made you care about the characters, it exceeded its source material in every way. I'm still holding out hope for HL3, naturally, but those are some massive shoes to fill.

I was dangerously excited when a new Deus Ex was announced. I was hyped to the extent that it would have really stung if a new Deus Ex fell well short of expectations. Human Revolution had a few problems, but it was exactly the atmospheric cyberpunk playground I wanted and the art direction added a new dimension to the Deus Ex universe. Due to the technological limitations of the era the old Deus Ex games struggled to show art or architecture (apart from that silly Earth-in-a-giant-claw statue at the start). Human Revolution decided that everything would be gold, and full of triangles, and its depiction of futuristic augments was gorgeous. I would quite like a pair of Jensen arms.

I remember the buzz around Vice City vividly. Every time I saw that stylish advert on TV, the one with 'I Ran' by Flock of Seagulls, I got a tingle of excitement. Magazines were full of gushing previews, treating every morsel of information like it was the biggest scoop since Watergate. And then when it came out, it was everything I dreamed it would be. A bigger, more detailed city. An incredible soundtrack. More fun and varied missions. A better story. An all-star cast. HELICOPTERS. Being able to fly around a city of that size back then was a genuine thrill.

GTA III was great, but it felt like an experiment in places; a concept for what a 3D Grand Theft Auto game could be. But Vice City was the first time Rockstar really nailed it, and laid a solid foundation for the 3D era of their world-conquering series. The '80s (or at least some exaggerated, romanticised version of it) has begun to saturate pop culture to an annoying degree lately, so I can't see Rockstar returning to that setting. It's too obvious. But I would like to see Vice City again in a different, more contemporary era, perhaps showing the bleak, faded aftermath of its hedonistic '80s heyday.

The first time I saw this teaser I made a noise like a ten-year-old opening the latest issue of Tiger Beat. Then I saw this teaser, and I pretty much hyperventilated and passed out. I knew in my heart that DX: Human Revolution couldn't be that good, because Deus Ex was lightning in a bottle: Ugly, clunky, with terrible voice acting and a ridiculous, incoherent story, all of which somehow got smushed together into basically the best game ever made. How do you fall down a flight of stairs and land in a bed of roses twice?

But then Human Revolution came out, and it was that good. Not perfect, and I will never not be mad about those boss fights. But Adam Jensen is the perfect successor (predecessor, I suppose) to JC Denton, I loved the visual style (including the piss filter) and the music (because it's not Deus Ex without a great soundtrack), and the whole thing just felt right: Not as off-the-conspiracy-theory-hook as the original, but big and sprawling and unpredictable—a legitimate point of entry into that world. It took more than a decade to get from Deus Ex to Human Revolution, and it was worth the wait.