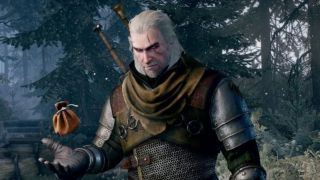 Humble's Winter Sale is in season, and along with deals on thousands of games it's a great time to toss a coin at The Witcher series on the Humble Store. From now until January 23, you'll find The Witcher 3: Wild Hunt and its Game of The Year Edition (which includes its two expansions) for 70 percent off. That makes The Witcher 3 $12 and the GOTY Edition $15, a nice savings, especially if you missed Steam's last sale.

Expansions are on sale as well: you can save 60 percent off The Witcher 3 expansions Blood and Wine ($8) and Hearts of Stone ($4), or get them bundled together for $10. You'll also find The Witcher Enhanced Director's Cut and The Witcher 2: Assassins of Kings Enhanced Edition for 85 percent off, which means you can pick them both up for less than $5 combined.

Obviously, it's great time to get into The Witcher games if you never played them, and you'll have plenty of company—thanks to the success of The Witcher series on Netflix, The Witcher 3 recently attracted more concurrent players on Steam than it even had when the game first launched.