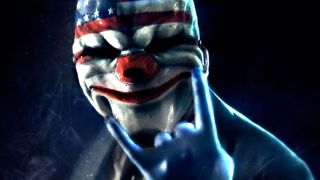 Swedish developer Starbreeze had to restructure following poor sales of Overkill's The Walking Dead, laying off staff and selling the publishing rights to games like System Shock 2 and Psychonauts 2. They're apparently not dead yet, however, with a blog post saying cash flow is predicted to tick up, in part due to the release of the next game in the popular multiplayer bank-heist series.

"The company estimates that these cash flows will be positive, based on expected new publishing agreements in 2020 and an expected release of PAYDAY 3 in 2022–2023", as the blog post puts it. Mobile spin-off Payday: Crime War is also mentioned as a source of expected income in 2020.

It was hoped Overkill's The Walking Dead would sell millions, but it only managed to move a few hundred thousand copies. Eurogamer's article on The Fall of Starbreeze explains how this one flop brought the company low after a string of disasters like investing heavily in The Raid: World War Two (essentially a reskinned Payday), and setting up a VR company with plans to launch their own headset.