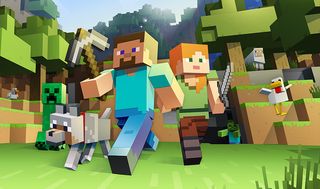 Minecraft has been around for almost a decade, with the first public version being put out into the world on May 17, 2009. Microsoft will be marking the anniversary, of course, but one significant part of the game's history is being left in the past. Markus "Notch" Persson won't be part of the event.

“His comments and opinions do not reflect those of Microsoft or Mojang and are not representative of Minecraft,” a Microsoft spokesperson told Variety.

In March, his name was also removed from Minecraft's splash screen, which previously included "Made by Notch" and "The Work of Notch" as well as other lines. A recent patch added a bunch of new lines while getting rid of references to him, though he still appears in the credits.

Persson sold Minecraft to Microsoft in 2014, and since then he's swapped videogame development for controversial tweets. Not surprisingly, Microsoft has been trying to distance the family-friendly game from its creator.

Notch has had nothing to do with Minecraft for the last five years, and the list of people who have worked on and supported the game is so much greater than just one guy, so even without the Twitter screeds it makes sense to take the spotlight off an individual.