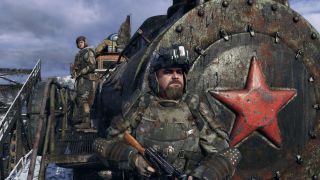 After a year as an Epic Games Store exclusive, Metro Exodus—my favorite post-apocalyptic shooter since the original Stalker—is headed to Steam next week. Unfortunately for those who prefer DRM-free games, it will not be coming to GOG anytime soon.

We have no current plans to launch Metro Exodus on GOG in the immediate future.February 5, 2020

That's not to say it will never happen: The Redux editions of Metro 2033 and Last Light are both available on GOG (and on sale for 75 percent off right now), and "in the immediate future" is doing some work there too. But if you were hoping that the move to Steam meant a move to everywhere, it might be a little disappointing.

Or maybe a lot disappointing, based on some of the responses on Twitter, including name-calling and threats of piracy, which strike me as kind of disproportionate to the offense. Ironically, the one that seems to be taking it best is GOG itself.

Metro Exodus comes to Steam on February 15—if you're particularly hot to trot, the exact unlock times are available here. The second and, as far as I know, final Metro Exodus DLC, Sam's Story, is set to go live on February 11.