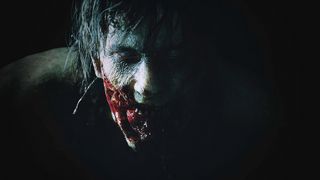 Ada Wong is next in line for a makeover in Capcom's upcoming Resident Evil 2 remake.

While we already know Claire Redfield has ditched her hotpants, it seems Wong's the next character to get a change of wardrobe for the reimagined survival horror game.

"It goes back to the same thing of, what would look natural to be wandering around in a photo-realistic environment in?" director Kazunori Kadoi told Eurogamer (via Resetera).

"I think wandering around in that dress just getting on with your job as a spy probably doesn't look as realistic and believable as we want in this new game."

While he wouldn't be drawn on the exact details of Wong's new look (and so far, the brief silhouette we've seen in the teaser doesn't give much away), Kadoi said: "Exactly what we've done with her design is something we're tight-lipped on, but it's safe to say we won't betray your expectations."

Interestingly, some fans have noticed that if you lighten the still taken from the Remake trailer, Ada's trenchcoat looks similar to a concept art design from the original game.

Here, take a look at the two images side by side:

Commenters on the Resetera thread seem mostly content with the proposition to restyle Wong—providing she retains something "red" as homage to her iconic look—but some hope her original outfit will be available by way of DLC or an unlockable costume.

Others are less pleased, of course. "Man screw all this realism," said one commenter.

The Resident Evil 2 remake will release on PC, PlayStation 4, and Xbox One on January 25, 2019, and will include Tofu, Hunk and that "big bastard alligator". Fans with more money than I have can pick up the Japanese Umbrella Corporation-themed keyboard for $675/£530.