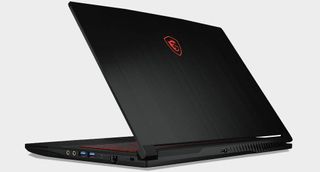 Today's gaming laptops are better than ever, as it goes in the hardware space, but they're also more affordable. To wit, MSI's excellent GF63 is marked down to $639 right now, and it's running a faster GPU than what was in the model we reviewed just two months ago.

This upgraded model is the better buy. The only knock is it has half the amount of storage, but the bump from an HDD to a faster SSD is worth the trade off. Plus, we found the storage (and RAM) to be easy to upgrade on the GF63.

The GF63 is also notable for being a relatively thin and light machine. Its waistline measures 0.85 inches, and it weighs just over four pounds. Overall, this is a great buy for the money.