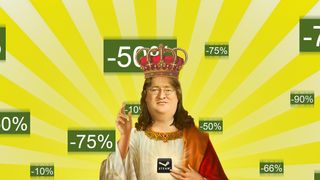 Update: An image leaked to PC Gamer from the Steam Partner site shows more details for the upcoming Steam Lunar New Year Sale, including the dates and sale requirements, most of which will only matter to developers putting their games up at a discount. We've corroborated the information with another source, so unless Valve changes things up last second, expect these dates to be the dates.

According to the image, the Steam Lunar New Year Sale will run from February 4, starting at 10 am PT and end on February 11 at 10 am PT.

Original story: The Steam Lunar New Year sale is returning soon, starting in early February. Valve sent out a reminder to developers this week, though we're still waiting on an official announcement and specific dates.

Last year, the Lunar New Year sale ran from February 15 to February 19, but since the Chinese New Year falls on February 5 this year, the sale may start earlier.

If you overindulged in Christmas shopping during the Winter Sale, you might want to sit this one out, as I almost certainly am. It was only a month ago, so my hunger for bargains has already been sated.