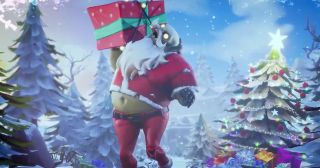 The Epic Games Store is ramping up the free games for the holidays, giving away 12 of them between now and the new year. The cavalcade of mystery games will start rolling out on December 19.

If none of the freebies end up tickling your fancy, the Epic Games Store's festive sale will be kicking off at the same time. And because sales are this infinite cycle that we can never escape from, there's already a sale going on right now to mark last night's awards.

Speaking of The Game Awards, check the trailer below to see the exclusive games coming to the store next year. It's now been a year since the launch of the store, and it looks like the exclusives are only getting more numerous.