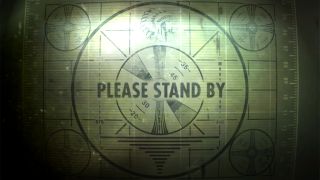 Over on Amazon placeholder listings briefly appeared for a new product from Bethesda, as spotted by @Wario64 on Twitter. The now-vanished pages were for Standard, Deluxe, and Collector's Editions of something coming to PC, PS4, and Xbox One, and were accompanied by a countdown, which is still up. It counts down from 10 in an old-time projector way, which sure has that Fallout look. That said, we're still expecting Wolfenstein: Youngblood from Bethesda this year.

Fans are speculating this is more likely to be a remastered version of an existing Fallout game than something new—perhaps Fallout 3, which is now 11 years old and doesn't always cooperate with Windows 10. There are plenty of people who'd rather see Fallout: New Vegas updated of course, and a few people holding out for 3D versions of the original games.

Whatever it turns out to be, the placeholder has already made the top of Amazon's PS4 bestsellers list thanks to people locking it in before the price goes up.