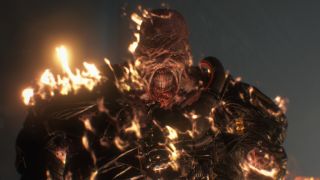 Thinking about buying a new graphics card? You may want to consider an AMD one this time around, as they're coming with some very tasty games to sweeten the deal.

According to VideoCardz.com AMD's 'Raise the Game' bundle is coming back this February with a selection of Capcom, Ubisoft and Blizzard games included for free, depending on which card you buy.

From February 4 through to April 25, 2020, buyers picking up either a Radeon RX 5700 XT or RX 5700 will get Monster Hunter World: Iceborne (the base game and the expansion), the upcoming Resident Evil 3 remake, and three months of Xbox Game Pass for PC.

Buy an RX 5500 XT and you'll get Resident Evil 3, Warcraft III: Reforged, Tom Clancy's Ghost Recon Breakpoint, and three months of Game Pass. You won't get Monster Hunter World: Iceborne, though. Both the 5700 and 5500 XT deals will last until April 25, 2020 and must be redeemed by May 25.

Sorry, RX 5660 buyers, that family of cards isn't included in this deal for some bizarre reason.

As far as graphics card-bundled games go, this is one heck of a deal. Capcom's been going from strength to strength recently, and getting one of their best games (Monster Hunter: World) and one of its most-anticipated (Resident Evil 3) alongside a shiny new card is very appealing indeed. The second tier is less exciting, with both Warcraft III: Reforged and Breakpoint receiving significant amounts of criticism and generally being considered worse than their predecessors.

Still, it's a step up from the last time AMD did a Raise the Game bundle. That one had Breakpoint and Borderlands 3 as its headliners. Still, better than the last time I bought a qualifying card and got 2014's Thief…