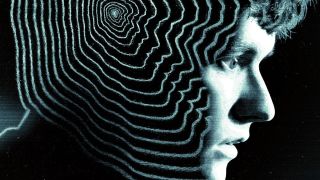 Bandersnatch, the latest episode of dystopian sci-fi anthology series Black Mirror, is interactive, meaning you can make choices and steer the story towards one of several endings. This is something anyone reading this will have undoubtedly experienced multiple times in videogames. But on a mainstream streaming platform like Netflix? Almost certainly not.

I spoke with Charlie Brooker, the creator of Black Mirror, about the episode, which you can read in full in issue 328 of PC Gamer, on sale February 7. But here's a snippet from our chat, specifically about the reaction to the episode from game developers and critics. While our Samuel loved it, some people—notably Deus Ex creator Warren Spector—haven't been so kind.

"One of the criticisms we get from games people is that it's nothing that games haven't done before, and games are more complex than this," says Brooker. "Yeah, they are, but they're not running on Netflix. This is not a gaming platform! So we had to build all this stuff from the ground up and learn as we went."

"I think there was always going to be a slightly odd response from people," he says. "Any response is a valid one, of course. I'm the last person who can moan about it being reviewed harshly as either a show or a game. I've dished out enough negative reviews of both in my time!"

"But steeped within the episode is a lot of stuff about the nascent British games industry of the early '80s. A lot of thought went into getting the details of that right. I hoped that would tip anyone off who thought 'they don't know about games' that we do. That and having a Jeff Minter cameo."

Brooker adds that comments about games having done interactive narrative in a more complex way are completely accurate, and had Bandersnatch been a PC or a console game it would have been a very different thing.

"I slightly roll my eyes when people say it's a new form of storytelling, because it really isn't," he says. "It's basically Dragon's Lair, but a different iteration of that. What I do think is new is that it's on a streaming platform and you can play it with your remote. And if people play it and like the idea of interactive storytelling, it might lead them to try something more advanced."

As for the reaction from people outside of the games industry, it's been mostly positive, but not entirely. "It depends on where you go first," says Brooker. "What ending you get is obviously going to colour your initial reaction. Some people expect to just get one ending and that's the end of it. But it's deliberately designed so that you should probably sample two or three. I've actually been surprised by the number of people who tried to get them all."

"One reaction I don't get is people saying 'If I destroy Stefan's computer it gives me the chance to try it again, so what was the point of that?' But hang on, no one complains if fucking Mario falls to his death and you lose a life and try again! No one goes 'Why are Nintendo forcing Mario to carry on through the Mushroom Kingdom? How dare they!' Come on, liven up!"

You can read the full interview, in which Brooker talks about using Twine to map out the story, the technology behind the episode, and classic FMV games from the '90s, in PC Gamer issue 328, on sale February 7.