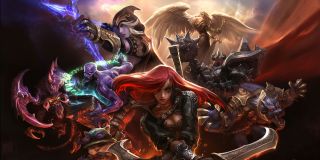 Bottom lane has always rewarded players with a keen eye for teamwork and punished those who fail to communicate with one another. Excellent synergy is at the heart of any successful game of League of Legends and can make or break a team. The marriage of AD carry and support demonstrates that good teamwork between champions can go a long way to securing a victory.

In the 2016 summer regular season certain pairings have proven more popular than others. The mid lane and jungle have demanded more attention in the banning phase, leaving AD carry and support relatively untouched. As a result, the duo lane has seen notable play from certain champion pairings. However, the popularity and strength of each champion doesn’t always correlate to their general effectiveness and overall success as a duo.

The statistics used are from Oracle’s Elixir and are based on the 2016 summer regular season across the NA LCS, EU LCS, LCK, LPL, and LMS, and includes data collected as of July 31st 2016.

The Battle Mistress currently has the largest pick or ban rate (68.2%) and continues to be one of the most contested AD carry picks in the game. It’s not hard to see why when you look at what Sivir brings to the table. Her impeccable wave clear and tower taking speed make defending objectives a nightmare, while her ultimate makes potential teamfights even more deadly. On The Hunt (R) allows her to rally herself and all nearby allies for 8 seconds, granting bonus movement speed for the duration. This lethal cocktail of utility and damage has led to her partnership with Karma.

The Enlightened One has featured in 89 games alongside Sivir and has a steady win rate of 57.3% when paired with the Shuriman. Karma’s ability Inspire (E) compliments Sivir’s kit perfectly and helps her to achieve some even speedier lane plays. The added burst and slow from Inner Flame can be especially potent when twinned with Sivir’s high damage output, providing them with excellent kill pressure in lane.

Sivir managed to find her way into a wide range of team compositions and played alongside a broad number of support champions. The Battle Mistress has enjoyed success with Braum, Alistar, Karma, and Taric. This synergy has led to her appearance in three of the top ten winning duos. Unfortunately, Karma has not enjoyed the same success. While being a popular pick, she has produced sub-40 percent win rates when paired with Lucian, Caitlyn and Jhin. These particular pairings suggest that she had been drafted as a flexible pick as opposed to the synergy she provides for her AD Carry. It’s obviously appealing to have the safety net of being able to have a support that can go mid or bot, but it may not be worthwhile if the team AD Carry lacks synergy with Karma as the data in this case shows.

Lucian and Braum are third place just under the potent Sivir and Karma paring with 83 games played. It may be fair to assume that Lucian and Braum would be the best of friends, but in fact the data paints a very different picture. The Heart of the Freljord has a 59.9% pick or ban rate, and has proved popular among the top AD Carries, helping them to achieve some solid win rates. However, out of the 83 games played the Lucian and Braum partnership has yielded rather lacklustre results with a 44.6% win rate.

This may come as a surprise considering how potent Lucian’s Lightslinger and Braum’s Concussive Blows can be when synergised together, but the duo seemed to be having a rough time. This could be down to the lack of 2v2 fights, difficulty landing stuns, or bad matchups against picks that can outrange them, making it difficult for them to create kill pressure. Similarly, his pairing with Karma has also resulted in an even lower win rate of 34.8% with 66 games played, which proves that popularity doesn’t always equate to overall effectiveness on the Rift.

The Beauty and the Beast come together once again for another classic duo proving that the synergy between the two doesn’t just apply to the classic French fairy tale. With 40 games played together and a 62.5% win rate, Ashe and Alistar have a very clear and effective game plan. The crowd control offered from Ashe’s Enchanted Crystal Arrow and Alistar’s combination of Headbutt and Pulverize can make for an incredibly effective duo lane. When these abilities are successfully coordinated they can turn a teamfight into a game winning play, but if executed poorly it can lead to frustration and disaster.

While Ashe and Alistar enjoy a healthy win rate, the role and strategy they play within a team comp is easily readable to their opponents. This can make a team’s game plan difficult to mask, leading to counter-picks which attempt to negate the effects of their synergised abilities. This could suggest why the pick rate is considerably lower than the previous pairings with just 40 games played together, but the win rate suggests that under the right circumstances straying away from popular picks can yield significant payoffs. Whether it’s worth the risk is largely down to team preference, but it shows that top tier picks aren’t always the answer to securing that all important victory.

With only a mere 22 games played together Jhin and Trundle seem to be one the unpopular pairings of the competitive scene, but don’t be fooled by this unusual duo as this lane offers an interesting cocktail of slows and unavoidable skill shots that ooze synergy. The Troll King compliments Jhin’s long-range skill shots perfectly with the use of his Pillar of Ice ability, which knocks up and slows those caught within its radius. While his enemies are slowed Jhin can capitalise on their reduced movement speed and fire off a successful Curtain Call with devastating consequences. Trundle’s high mobility and tankiness allows him to effectively bully his opponents by constantly harassing them and making them burn their summoner spells. This compliments Jhin’s abilities and makes up for the Virtuoso’s lack of mobility and range.

The 2016 summer duo statistics clearly show that top tier picks are not always destined to do well. Instead teams who are willing to get creative and draft from outside the meta can greatly benefit from well thought out synergies between champs, as opposed to following a clearly defined tier list. Of course popular picks and counter picks will change with every new patch and the competitive scene will continue to unearth some truly terrifying pairings. But as the game continues to evolve, knowing when and where to stick to the meta game will always remain crucial. It’s also important for teams to sometimes stray ever so slightly from the top tier lists and find some truly exciting builds/team comps that surprise their opponents and the League of Legends community. Of course this path doesn’t come without its dangers, but teams who are willing to be creative with their drafts can often reap the biggest rewards.