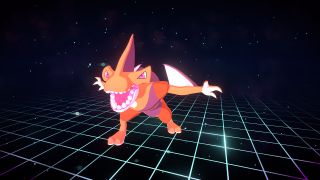 The creature-collecting MMO Temtem had a bit of a rough launch into Early Access, but it quickly got things sorted and, no equivocation here, has come up with something that's "even better than Pokémon." It's cute, it's colorful, and the Crema development team has made a point of being communicative with and responsive to its players.

Earlier today, however, the studio also made very clear that despite its good nature, it will brook no crapola:

We just completed our first batch of banned users. Almost 900 players have been permanently banned from Temtem.Bans are final, we won't answer or review any ban appeal. We've made 100% sure that every banned user is either a cheater or has abused exploits intentionally.February 3, 2020

What was particularly striking about the announcement was the declaration that no appeals would be accepted, which is a hardass approach for anyone to take, let alone a small indie team whose stock-in-trade is adorable creatures in a bright fantasy countryside. A few hours later, the studio made its feelings about cheaters even clearer.

"The team spent all morning checking banned accounts and player accounts saying 'they didn't do anything illegal.' We re-checked over 100 accounts. Every single one of them was a legit ban," the studio tweeted. "Don't trust cheaters. They just want to know more info about the ban in order to avoid it next time they're using cheats. They will lie about everything in order to get more info and the minimal possibility of getting unbanned."

Shortly after that, however, Crema changed direction and said that it will review appeals. The process will be entirely manual, however, indicating that the studio is not prepared to give ground on protecting its processes in order to help out accused cheaters.

We've decided to review ban appeals, even though every single one of the ones we checked are legit. Like you said, having a "no appeal" policy is not good.So, you can contact us on support@cremagames.comPut "Ban appeal" as the subject and include your ingame ID or username.February 3, 2020

"Initially, we were hesitant about instituting a ban appeal process as oftentimes hackers use it as a way to get more information to circumvent our anti-cheat," a Crema rep told Polygon. "We only ban players that have been caught using cheats to exploit the game. Players will not get banned for running into bugs. It’s very easy for us to tell the difference."

We'll have a more in-depth look at the post-release state of Temtem, including the situation with cheaters and Crema's efforts to stop them, coming soon. In the meantime, if you're just getting started in Temtem, we can help: Check out our breakdown of Temtem types to help figure out your squad's strengths and weaknesses, and also make sure you've got the best Temtem in the game.