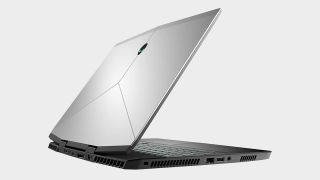 The holidays are coming up, which means it’s time to get great prices on some of the biggest tech purchases you can make. Most people hear Black Friday sales and think about TVs, appliances, and smart home tech, but it’s great for gaming too… Especially for anyone considering one of the best gaming laptops. If you’re in the market for a new laptop, either as an upgrade or to expand your gaming PC horizons, it will pay to keep an eye on the Black Friday gaming laptop deals and the Cyber Monday sales. Though we believe it will a big year for PC gaming sales across the board, gaming laptops are especially well-suited for a holiday sale. They’re pricey, they’re easy to understand, and new models are coming so retailers need to clear out their stock.

Here's our guide to the Black Friday gaming headset deals, for great audio with your new laptop

Like all PC-related purchases, the possibility of whether or not you will actually find something you want on Black Friday will come down to the specific machine you’re looking for and how much you’re willing spend. Gaming laptops were well represented in last year’s Black Friday and Cyber Monday sales, but it wasn’t as if every configuration of every laptop was half-off. If you keep an open mind and know what you’re looking for, though, you should definitely be able to get a good deal on a new laptop this holiday season.

Certain manufacturers, namely Razer, set de facto official deals by offering discounts on their own sites. Last year, the Razer Blade was $200 off, the Razer Blade Stealth was $300 off, and the Razer Blade Pro was $500 off. The same prices were offered at other retailers as well.

By and large, I would expect to see similar deals this year with newer, better-equipped kit. Part of that is simply due to the passage of time. The laptops that were new last November are a year old now, and those are the ones most likely to get cuts. We’re also well into the Nvidia 20-series graphics graphics generation, so it’s more likely you might see laptops with current-gen cards.

It pays to have a plan

So how do you take advantage of this information? You do some research to figure out what you want, and how much you’re willing to spend to get it. If you are only interested in picking up a high spec laptop, there is a non-zero chance you will spend the same amount in the Black Friday PC gaming sales as you would any other day.

It helps to approach it in a few different ways: first, check reviews to identify any brands or models you’re especially interested in (or specifically want to avoid). It’s easy to get roped in by specs, but it pays to pay attention to the special features of specific models, and the reputations of certain brands and models. You don’t want to pick a cheap laptop because it has good internals, only to find it tends to break down or comes pre-loaded with bloatware.

Then, figure out what kind of components you’re looking for—processor, graphics card, storage, memory, display size and resolution. You will be more likely to find an appealing deal if you’re open to a range of possibilities, rather than focusing on a single component or level of gear. This can become a balancing act when you’re shopping: ultimately you will likely have to compromise somewhere, so it helps to keep an open mind and know what specs are most important. If you are upgrading, or just want a little visualization to help figure things out, our GPU hierarchy can help you determine what graphics card or cards will make sense for you.

Last, but not least, you need to be real with yourself about price. Know what you’re willing to spend on a good deal and what you’d spend on the machine of your dreams. There’s a real chance the machine you want won’t have the deep discount you were hoping for: you may be tempted to splurge because a sale is a sale, but in my experience paying more than you bargained for tends to spoil the purchase.

For comparison, here are the current cheapest prices on our top 5 gaming laptops.