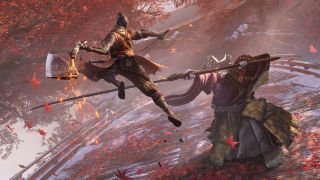 Now that it's 2020 and we're all getting into accidents with our flying cars and dating holograms, 2019 seems very distant, but let's not forget the year entirely—it had some great games, and over the holiday Steam revealed which of those games did well in the fourth Steam Awards.

Last year, Steam users were able to vote for their favourites in eight broad categories, ranging from Game of the Year to Best Game You Suck At, and while there are familiar faces, there are still a few surprises among the results.

DayZ, which finally launched in 2018 after a long stint in Early Access, got the Better With Friends award, despite plenty of unfavourable reviews, while GTA 5, which is now almost five years old, walked away with the Labor of Love award for Rockstar's continued support of GTA Online.

It was Sekiro: Shadows Die Twice that ended up getting the most votes for Game of the Year. Of the nominees, I think the best game ultimately won, though 2019 had no dearth of games deserving of the title. VR Game of the Year, meanwhile, went to Beat Saber, no doubt because you can now play Toss a Coin to Your Witcher on it.

We also revealed PC Gamer's Game of the Year a couple of days ago, judging the phenomenal Disco Elysium to be the best (and one of the weirdest) games of 2019. Now that the year is over, you can read all of our Game of the Year Awards coverage and see what the rest of our favourites were.