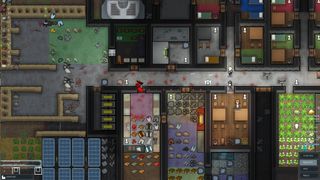 People who own RimWorld can now better learn how to play RimWorld with the aid of a "rich" new tutorial system. The tutorial "teaches the basics of setting up a game, building a small self-sustaining colony, and defeating the first
raider", and that sounds like enough to get you started with the colony sim.

Alpha 15 of the early access sandbox story game also whacks in a drugs system, letting your colonists dose up in order to improve their performance or mood (there are of course downsides, including addiction and blood toxicity/death). It's a massive, enormo-update, and if you don't fancy reading the entire list, here's a handy video summing up the main additions: