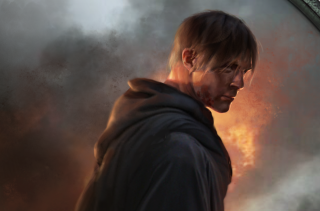 Earlier this week, Grinding Gear Games, the developers of free-to-play dungeon crawler Path of Exile, stopped by to give us a peek at the new expansion. While I didn't have any hands-on time with Ascendancy, I walked away with a few impressions and details on what to expect when it arrives in early 2016.

In Ascendancy, players have the opportunity to get chopped, screwed, disintegrated, and generally rearranged in new ways thanks to the addition of The Lord’s Labyrinth. The labyrinth is meant to be a hefty challenge—die once and you'll have to start over—but completion leads to some hefty rewards, including access to new item enchantments, gems, exotic items, and a new specialized Ascendancy class.

Six new trap types will show up in varying combinations depending on what kind of labyrinth is generated that day. That means sawblades might get paired with spike traps in one section, while the next throws in timed rising lava pool here and there. Even the developers don't quite know what to expect. There will be a new labyrinth every day, and its layout will be the same for everyone. This could lead players to regularly share information about dungeon layouts and secrets, almost like a daily crossword or sudoku puzzle. I'm into the idea of playing for a short session a day, just to see what the labyrinth has in store. Despite the extra challenge, it's a welcome play style for newcomers or those without much free time.

Ascendancy feels like a nod to popular permadeath games like The Binding of Isaac. The randomly generated labyrinth’s rooms are gated by switches, keys, and all sorts of mechanical contraptions. There might be more doors than keys, so choosing which door to open and when seems an important decision. Magical fonts hidden throughout give no indication of whether they debuff or buff the player before they're absorbed—it may be a combination of both. Some paths can skip whole sections (even boss fights) entirely, that is, if the player pays enough attention. A secret door may be accessible, but only beyond a series of thrusting spike floors on a timer and roaming sawblades. It sure is hard to scrutinize a wall while a metal blade hacks away at your legs.

The expansion sounds like a nice way to mix up typical dungeon crawler play. The traps, secret branching pathways, and permadeath might force players to stay on their toes a bit more than before. Most people I know who play dungeon crawlers usually have Netflix or a stream open on the other monitor, but Ascendancy might disrupt those habits.

Finish the labyrinth and you unlock an Ascendancy class, one of 19 smaller, specialized skill trees layered over the existing (and absolutely massive) skill tree. Ascendancy classes feel like an attempt to make each build, no matter how elaborate, play in a much more distinct manner. Take a gander at a few below, and check out our video reveal of the Saboteur up top to get a better idea of what they entail.

The final kicker? Path of Exile and its expansions are all still free. The only things for sale are cosmetic items and a few account features, like extra stash tabs or character slots. Check out the official site for more.