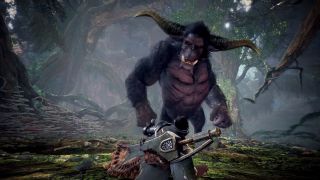 Monster Hunter World: Iceborne is a big success for Capcom on PC, but it hasn't been an entirely smooth ride. Players have complained about performance problems, issues with matchmaking, and worst of all, a tendency to erase saves—a potentially maddening loss for a game that can easily eat up hundreds of hours of playtime.

Capcom acknowledged the problems today on Twitter, where it announced the upcoming release of a patch intended to address Iceborne's "unusually high level of CPU utilization during active gameplay," as well as the issue with incompatible saved games.

[PC/Steam] UPDATE: We’re planning to deploy a patch in the next few days to address issues relating to the CPU utilization and Save Data compatibility (ver. 10.12.01).https://t.co/kZ0Cz8Z17rhttps://t.co/u8OyEWHQ4jJanuary 15, 2020

The Steam announcement concerning lost saves confirms that the problem is by a change made in the October 2018 update that added Kulve Taroth to the game. Capcom said that players impacted by the problem should shut down the game when they receive the "Failed to read saved data for Monster Hunter World: Iceborne. Create new save data?" warning.

Unfortunately, there's no indication of a possible fix for players who have already pushed the "Y" button. My guess is that with the data already erased, the only options are to carry on with the new game, or use something like the MHWSaveTransfer utility and Iceborne Ready save file to get straight into the Iceborne expansion.

The patch is expected to be out "in the coming days," although a solid date hasn't been set yet.