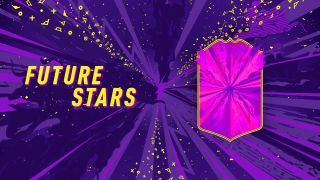 The first set of FIFA 20 Future Stars is here, and a second is on the way soon. The first group of young starlets is known already, but there are still more to get the special acknowledgement from EA.

With the FIFA 20 Headliners event in the game's rear view mirror, FUT players can continue their grinding for packs in the hopes that they'll receive one of these energetic young players with much-improved stats. So, what is Future Stars FIFA 20 promo, when is the second batch coming, and which players made the cut this time around? Here's everything you need to know.

Who qualifies as a FIFA 20 Future Star?

To be eligible for this 23-man squad, a player needs to be under 23 years of age, and must not have appeared as a FS in previous years. If the promotion is anything like last year, the players selected will get huge, meta-threatening stat buffs.

For example, Jadon Sancho, Phil Foden, Vinicius Junior, and Trent Alexander-Arnold made the cut last year, and lucky players could take advantage of their monster stats if they packed them.

Based on the times other FUT promos launch, we can expect the second FIFA Future Stars release time to be Friday, February 7 at 6pm GMT. When that time arrives, expect to see a fresh group of young faces celebrated for their precocious talents.