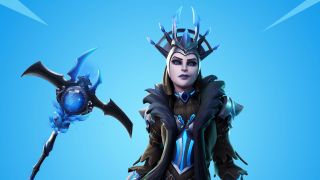 The Fortnite 11.40 patch notes are here, with one big standout feature: sidegrading. On top of various other bug fixes, Fortnite sidegrading is a new mechanic that now allows players to convert some weapons to heavy version at the various upgrade stations across the map, such as the AR to the Heavy AR. It's a nice new feature to keep things fresh ahead of Fortnite Chapter 2 season 2, at least.

Epic Games hasn't exactly been consistent when it comes to releasing the full patch notes on their own website in full, but it looks like they are live now. So, here's everything we know so far about the Fortnite update 11.40.

Fortnite 11.40 patch notes: everything we know

You can see the new sidegrading mechanic in action in the video above. But that's not the only thing to come in the new update. Here's what they all are and plus some bugs that've been squashed:

There you go: those are the new Fortnite details you can expect this week. If you're looking to get into gameplay - and why wouldn't you? - there are some challenges for you to tackle, too. Here's where to find a couple of Fortnite no swimming sign locations, so you can openly flout the law.