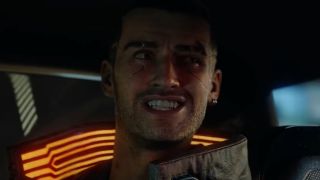 Cyberpunk 2077 is first and foremost a roleplaying game, and you can't have an RPG without skills, stats, and specializations, right? Quest director Mateusz Tomaszkiewicz emphasized the importance of those attributes, and the way players shape them throughout the game, in a new video update in which he also touched on the impact of "lifepaths" chosen by players.

How will your character's life path and choices made throughout the game affect quests? Listen to #Cyberpunk2077 Quest Director @MTomaszkiewicz shedding some light on that! pic.twitter.com/mbNMVA33p1July 15, 2019

"On top of that, we also have this thing called the 'lifepaths,' which are the origins of our character that we choose at the beginning of the game, when we create the character. So for example, you might imagine that if you're a street kid you'll have an easier time talking to different gangs, or if you're a corporate, you might have an advantage over people from the corporations, since you know how they think and how they operate."

CD Projekt said in follow up tweets that there will be three lifepaths to choose from—Street Kid, Corpo, and Nomad—which should significantly enhance Cyberpunk 2077's replayability: Tomaszkiewicz said in an interview with USgamer in June that players will have to play through the game at least three times in order to fully experience each lifepath.

Tomaszkiewicz also offered reassurances to a follower who said he's "slightly worried" about a change in the game's description on Twitter from "the role-playing game of the dark future" to "an open-world, action-adventure story":