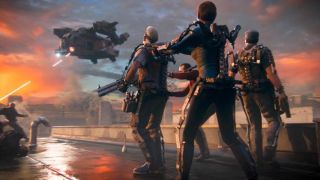 The story so far:

Call of Duty: Advanced Warfare's Ascendance DLC is out at some point in the future, after a short period of Xbox timed exclusivity.