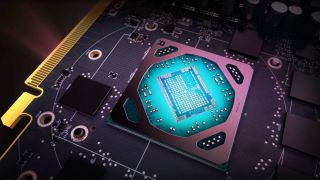 AMD is still addressing the mess that has been its RX 5600 XT launch. BIOS updates for graphics cards that launched with slower clocks started to roll out last week, although there is still more work to be done. (Some manufacturer's updates bump the GDDR6 memory from 12Gbps to 14Gbps, but not all, for instance.) However, that's not stopping AMD from forging ahead on a new line of graphics cards that will be based on its next-gen RDNA architecture.

"In 2019, we launched our new architecture in GPUs, it’s the RDNA architecture, and that was the Navi-based products. You should expect those will be refreshed in 2020 and we'll have our next-generation RDNA architecture that will be part of our 2020 lineup," said AMD CEO Lisa Su in an earnings call last night.

As Tom's Hardware points out, it's a bit of an ambiguous statement, which initially caused some confusion on whether or not the RX 5500, RX 5600, and RX 5700 cards would be getting the same Navi 'refresh'. They won't.

As it turns out, Su was speaking only in terms of adding new cards to the existing line up, which will be based on AMD's next-gen RDNA architecture—not updating the currently available graphics cards. In other words, the RX 5500, RX 5600, and RX 5700 cards will not be reproduced with the next-gen RDNA architecture—only the next new graphics card will be. That's what Su meant by a Navi 'refresh.' RX 5750s or RX 5650s are not coming to market.

Su didn't mention exactly when we'd see these next-gen GPUs, but only said that AMD would share more details at its Investor Day on March 5. Perhaps these next-gen cards will be designed to compete with the likes of Nvidia's RTX 2080 and RTX 2080 Ti, but we'll have to wait until March (and maybe even longer than that, depending on what AMD reveals), to find out.