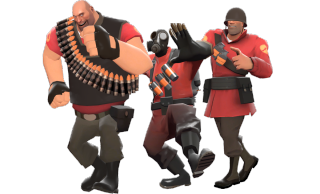 We all know they're pointless and yet there's a treacherous part of the brain that wants to collect them all the same. Whether they're Steam achievements or mounts in MMOs or whatever badges, titles, and gubbins games hand out to keep you engaged, this weekend we're asking: What achievement did you go to ridiculous lengths for?

Here are our answers, plus some sourced from our forum.

Joanna Nelius: I was on my way to getting the Go Outside achievement in The Stanley Parable, which you get if you don't play the game for five years. I was purposefully avoiding playing the game so I could get it, but around the four year mark I had forgotten all about that achievement, and in my excitement of introducing the game to some friends, booted it up. I'm now back to month three of five years. Crap.

Jody Macgregor: Divinity: Dragon Commander has heaps of achievements for the various political decisions you make as a half-dragon with a jetpack who becomes emperor. Many of those achievements are linked to the quests given by whichever princess you marry, which is why I married all of them in turn. Apparently there's no divorce for dragon spouses and instead I had to sacrifice them to a demon named Corvus one by one after completing their sidequests. I guess I could have just replayed Divinity: Dragon Commander, but it's not very good and I was determined to hoover up as many achievements as I could, including the one for letting my dwarf wife feed her dad to some pigs. What a game.

Everybody's Gone to the Rapture

Andy Kelly: I love this game, but man, it has some of the worst achievements of all time. I'm convinced The Chinese Room didn't want to include any, but were forced to by Sony when the game was a PS4 exclusive, and the crapness of them is a kind of protest by the developer. Anyway, there's one called Moonwalker where you have to walk backwards for fifty seconds. That's it. And I'm not sure why, but I went out of my way to get it, moonwalking through the centre of Yaughton until it popped. I also stood motionless in a phone booth for three minutes to get the Wrong Number achievement. Absolutely pointless, and probably the most arbitrary achievements in videogame history.

Jarred Walton: Any game where I do 100 percent collection of whatever things you can find feels ridiculous in retrospect. There's usually no good reason to obsess over these things, and it's a big part of why I avoid MMOs—if I let them, they'd get their hooks in deep. I want to make sure I don't miss out on parts of the story, but inevitably the few lines of text or whatever aren't worth the effort.

A few games where I collected everything that immediately come to mind: the original Assassin's Creed, Batman Arkham Asylum, and most recently I've been poking at Journey to the Savage Planet. There's an interesting side note: the original Assassin's Creed is the only game in the series that I actually finished, and I suspect all that wasted time collecting every last flag, saving every citizen, etc. I started the second game and almost immediately felt burnt out.

DelirusRex: I'm a completionist, I just need to get everything in every game, period. This includes every achievement, item, collectible, just everything. Thing is, sometimes, these games have the most mental achievements.

Stanley Parable has the weirdest and best achievements in any game, and right now I'm about a week off of the "Go Outside" achievement. Don't play it for five years.

Hm. It's worth noting I've attempted the achievement to play for the entire duration of a Tuesday.

sward: I once let one of my sims die by lightning because he needed to stay fishing outside cause I needed a cowplant seed.

I Will Haunt You: I honestly think that any game that requires multiple playthroughs to get an achievement is considered a "ridiculous length" and by that definition I have done that more than a few times.

The achievement I have probably spent the most time acquiring would be the 100 mounts in World of Warcraft. Many of them required an insane amount of grinding or luck.

Zloth: The HUB quest in X3:Terran Conflict. Done without cheating, only a little away-from-keyboard SETA, and nearly no pirating of other ships. It starts out as a fetch quest to help re-build a massive space station but it doesn't take long before the demands are just too much to simply go out and buy, so you have to start building your own stations. And stations to supply those stations. And you'll need to manage a fleet of trade ships to deliver goods and sell off leftovers. And you'll want some defenses for all that stuff, of course. In short, you need to build an interstellar trade empire to finish the quest! It's the biggest quest I've ever seen.

And I got no achievement for it. Back in the early days of the game, I got a couple of mods to add some features to the game. The mods were later signed (or some such) so they wouldn't block achievements but my game was already marked as modified. So I took a video instead.

Rensje: I'm not sure if this qualifies as 'ridiculous lengths', but one of the hardest and most time-consuming achievements I've ever gotten is the Knight's Honor achievement in Dark Souls: Prepare to Die Edition. It requires you to collect every unique weapon and shield available in the game with one character. That includes boss weapons you can only acquire by trading a particular boss soul for it, and items that are locked behind a particular covenant.

It took me hours of farming and playing through the game three times with the same character to collect all of it. One of the boss souls, namely that of the Great Grey Wolf Sif, is required for two different swords and a shield! That means you have to beat New Game+ and beat him on NG+2 before you can collect all of the weapons, and then you also have to play up to Anor Londo on that game cycle before you can actually transpose the soul into the required weapon or shield.

I actually remember finally getting there, fired up to collect the last weapon I needed before the achievement would pop. In my excitement, I accidentally bought the wrong weapon! Upon realising my mistake, I panicked hard. I figured I would have to do another entire playthrough to get it, after I had already struggled to get here for some 60+ hours. I quickly Alt+F4'd out of the game and halle-flippin'-lujah, the game had not autosaved yet. I was standing outside the door to Anor Londo cathedral, boss soul still in hand. When I traded it for the right weapon this time, the achievement finally popped! Whew!

I went on to collect ALL of the achievements for Dark Souls, and I'm very proud that I managed it, but Knight's Honor was the hardest part by far.

McStabStab: The ridiculous lengths I went to were self-inflicted in this case, but I 100% cleared Mad Max... without using fast travel the whole game.

I'm also proud of beating Alien: Isolation on Nightmare difficulty, and having perfect games (100% achievements) for Hotline Miami, Into the Breach, and a handful of others.

Julez: I know this is a little outside the scope of the question, but I recently got the "Collector" achievement in Evoland 2. The game features a card battling minigame, in which you get one unique card for each in game player you beat (you'll also find some in chests in hidden areas). I spent hours finding every opponent and battling them, collecting all 62 cards. I've never been much of an achievement hunter but, I got addicted to the minigame, what can I say?

Johnway: pretty much trying to get all the achievements for duke nukem forever. The game was terrible and going through it again to accomplish it was madness. part of the problem was that i got the collectors edition and i felt like it would have been a waste if i didn't short of that. DNF was a painful reminder why i should never preorder any game ever again. Except maybe cyberpunk 2077 will be the exception.