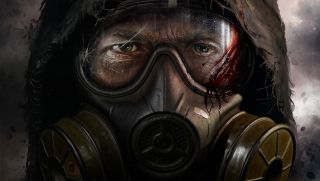 I was very excited when Stalker 2 was (re)announced in 2018, but also a wee bit dubious. The initial announcement came in 2010, but it quickly stalled out, as did the studio making it, GSC Game World—and when GSC made its triumphant return in 2015, it was not with Stalker but with Cossacks. But then a Stalker 2 website sprung to life last year, and a few details slipped out of a Russian YouTube channel, and it started to look like this thing might actually be happening.

Today we got another reason to be hopeful—maybe even cautiously optimistic—as the official Stalker 2 Twitter feed revealed that the new game will use the Unreal Engine.

The original Stalker games were built on the proprietary X-Ray engine, which supported some amazing visual effects (being stuck outside at night was legitimately unpleasant) but was also janky as hell. The Unreal Engine should theoretically make for a smoother technical experience, and will also "make modding more easy and accessible."

"User modifications help the world of the Zone to live on while we are busy with making a sequel, and we can't be more grateful for that," GSC Game World said in the announcement.

As for whether Stalker 2 could end up as an Epic Games Store exclusive (Epic also makes the Unreal Engine), the studio said only that it "will talk about this later."

This isn't actually the first time that Stalker 2 has been connected to the Unreal Engine: Epic's director of publishing strategy Sergey Galyonkin dropped a not-too-subtle hint about it in 2018, when then the project was resurrected. The original tweet has since been deleted, but the internet doesn't forget.

Stalker 2 was initially expected to be out in 2021, but that date has since been removed from stalker2.com, so it's anybody's guess at this point. On the upside, the long-awaited Gunslinger mod for Stalker: Call of Pripyat, with overhauled weapons, new animations, and other enhanced features, is finally in open beta.