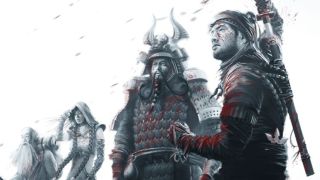 The latest in Epic's free games of Christmas giveaway is Shadow Tactics: Blades of the Shogun. This is the top-down Edo-period stealth game by Mimimi that was so successful in replicating the Commandos/Desperados formula that its developers were hired to develop Desperados 3.

Playing it back in 2016 I wrote, "Saving and loading helps you break each intimidating level of Shadow Tactics up into discrete actions, tiny challenges to be tackled one at a time until you finally triumph over what initially seemed daunting. The levels accentuate this, each sliced up into sections—by walls or water or cliffs—where a set of guards watch over each other. Those guards can be taken out in ones or twos by waiting for patrols to pass and then luring them away, perhaps with Mugen's flask of sake. Maybe someone is standing behind an ox that can be angered into kicking them, or on a platform that can be rigged to fall so it looks like an accident."

You can add Shadow Tactics to your account at the Epic Store. Tomorrow's free game looks like it's going to be The Talos Principle.