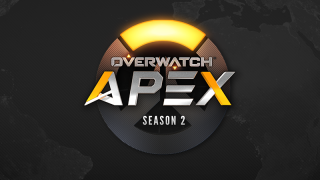 South Korea’s gaming network, OGN, recently announced the Western invitees to season 2 of its Overwatch Apex series, and they’re no slouches. Fnatic, Cloud9, Misfits and EnVyUs are four of the hardest hitting teams coming out of Europe and North America. It’s a good thing, too, with Korea’s own Lunatic-Hai, Afreeca Freecs Blue, Kongdoo Uncia and other Overwatch giants taking the virtual field for a shot at their piece of a $178,000 prize pool. Expect dramatics coming from Apex when the very best from around the world take the stage starting January 17th.

One of the most seasoned esports teams around, Fnatic fields a solid Overwatch squad that heavily favors tank play, often opting for a quad-tank composition. While their results have been admirable, they have yet to win a major tournament. It will be interesting to see how their tank play fares against some of the aggressive Korean teams, and if they’ll be able to get revenge on Misfits after Dreamhack.

USA’s Coolmatt69 is one of the most consistent players in professional Overwatch today. He compliments Fnatics’ signature tank play by offering an aggressive Winston, as well as a patient and precise Road Hog. When Fnatic isn’t using a quad-tank setup, they often have him and Buds go dual hitscan with Soldier 76 and McCree respectively. Take notes on the following play at Nepal. He gets the nano boost as Fnatic is staggering ultimates and absolutely cleans house, running out from around cover and dealing damage to all of Misfits on the team wipe. Fnatic is sitting at the same ultimate count they were at when the play started after the dust settles. A phenomenal example of “lean” play.

When it comes to teams that are on the brink of greatness, Cloud9 are probably leading the pack. While they have dominated some smaller tournaments, they’ve fallen just shy of first place at a few major tournaments as of late. With some roster changes and a new sponsorship from Axe, Cloud9 will look to reverse their fortunes at Apex season two.

As far as fan favorites go, C9’s Surefour is up with the likes of NRG’s Seagull and Faze’s ShaDowBurn. He works well within the meta and is one of the deadliest DPS flex players around. It doesn’t matter if he’s showing off his classic McCree or dominating the high ground with Soldier 76, Surefour will hit his shots, and he will demand the other team’s respect. If you take a look at this engagement against NRG at MLG Las Vegas, Surefour’s aim is nothing short of oppressive as he works from behind and around Reinhardt’s shield. He cuts the legs off of the dive comp, giving C9’s meta build the upper hand.

A lot has been going on for Misfits over the last month. They were part of a three way trade that sent Soon and Skipjack to Rogue for Tviq and Reinforce, giving them an all-Swedish team. They found a new investor in the Miami Heat. Though they didn’t fare too well at IEM Gyeonggi, they did win Dreamhack Winter 2016 and Overwatch Open. Now that they’ve had more time to practice with their new teammates who have Apex experience, Misfits should have the tools necessary to succeed at Apex season two.

Nevix is one of those players that can do virtually anything you need, and all with a very deep understanding of whichever character he chooses. He’s known for his Genji and Mei, but his effectiveness extends to Soldier 76, and he even has a back pocket Junkrat when needed. Since Misfits is so well known for their aggressive compositions, having a flexible player like this is invaluable to the team’s synergy. Watch here as all hope seems lost for Misfits on point two of Temple of Anubis at the Dreamhack Winter 2016 Grand Finals. Nevix (Mei) spawns and walls himself into a corner, then immediately goes into cryo before using his ultimate, allowing the rest of his team to spawn and push Fnatic off of the point.

Fresh off their wins at Apex season one and MLG Las Vegas, EnVyUs look to continue their domination in Seoul over the coming weeks. Raw talent and exceptional spatial awareness has made them quite effective in the meta, preferring the standard 3-2-1 composition in most scenarios. Team chemistry has been solid over the last couple of months, and there’s no reason not to believe they won’t venture deep into Apex season two, making their teammates in Charlotte happy.

Though EnVyUs is full of all-stars, you’d be hard pressed to have a conversation about them these days without talking about Pongphop Rattanasangchod, otherwise known as Mickie. When Talespin left the team in the middle of Apex season one for his own reasons, Mickie stepped up big time with his godlike D.Va play (he joined the team permanently after their first place finish at MLG Las Vegas). Known for his expertly timed “D.Va bombs” and eating entire DPS ultimates with Defense Matrix, Mickie’s fundamentals with the mech rider are second to none. The play below against Kongdoo Uncia is a perfect example of Mickie doing the small things to give his team the edge.

While this Western lineup is fantastic, Rogue’s absence is notable. Shortly after acquiring Skipjack, the team dropped him from the active lineup due to his insufficient French. Though the team is seeking an all-French lineup, the move to drop Skipjack is questionable for the young champions of APAC Premier and Atlantic Showdown. Their meteoric rise in popularity after their underdog win at Atlantic Showdown, coupled with financial backing from EDM star Steve Aoki, had Rogue pegged as one of the best teams in the world and landed them an invite to Apex season one. Many eyes will be watching as the 2017 competitive year progresses.