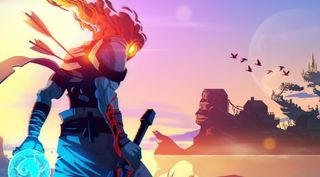 Even games that don't fall into the live service category can change dramatically before and after launch, cutting old features and tweaking mechanics, and then those old versions are gone for good. But not in the case of Dead Cells, thanks to the recent Legacy update.

Dead Cells players can now return to earlier versions of the game, with every "major iteration" since the Early Access launch available. To access them, you'll need to go to the game's properties menu on Steam, select the betas tab and then pick which version you want to play through.

If you miss an earlier version, now you can return to the good old days. Or maybe you just want to have a nosey around and see how the game transformed over the course of its development. Motion Twin suggests it might also be handy for new developers to see the the game's journey.

Everything from the beta of the Christmas update has also been added for everyone with the Legacy update. It includes a Steam Cloud hack that creates save backups that it can't delete, a weapon rework, new weapons, new mutations and a Christmas skin. Check out the patch notes here.