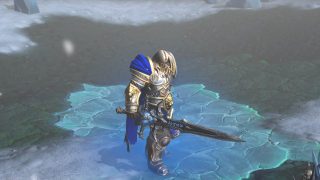 Warcraft 3: Reforged was a really big deal at BlizzCon 2018, which is why its release more than a year later has been so disappointing for so many fans. You can get a detailed breakdown in our in-depth outrage explainer, but the short version is that what was promised fell well short of what was delivered, and people aren't taking it well. We gave it a 59% in our review, which is bad enough for such a well-loved RTS, but it actually ended up with the lowest user review score for a videogame on Metacritic at one point, dipping as low as 0.4. (It has since bounced back to 0.5)

Blizzard addressed some of the complaints earlier this week, promising that some missing online features are coming and saying that other aspects, like remastered cutscenes that were ultimately dropped, were meant to "preserve the true spirit" of the original game. Unsurprisingly, this has not proven entirely satisfactory, and so Blizzard has taken the very unusual step of offering no-questions-asked refunds.

Reports of "automated, instant refunds" surfaced on the Warcraft 3 subreddit a couple of days ago, but some users said that they were being denied refunds regardless. At some point between then and now, though, Blizzard explicitly committed to Reforged refunds upon request.

"Blizzard stands by the quality of our products and our services. Normally we set limits for refund availability on a game, based on time since purchase and whether it has been used," an updated support message says.

"However we want to give players the option of a refund if they feel that Warcraft 3: Reforged does not provide the experience they wanted. So, we’ve decided to allow refunds upon request for the time being. You may request a refund here on our Support Site."

It seems straightforward: You'll be taken directly to a page to request the refund, then asked to log into your Battle.net account. If you have Warcraft 3: Reforged on your account the process should continue from there until it's removed and you have your money back. The general consensus is that the system is now working as intended—I've reached out to Blizzard for more information and will update if I receive a reply.