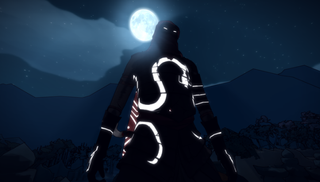 It's the final week of Twin Souls: The Path of Shadows' Kickstarter campaign, and things aren't looking great for the Tenchu-inspired third-person stealth-'em-up. So far, the game has raised just $25,000 of their $70,000—less than that given to the potato salad guy . Undeterred, the development team have released the first in a series of video updates, showing new footage of both the game and its level editor.

In Twin Souls, you play a resurrected assassin with the power to control shadows. When hidden, you can teleport between dark spots or summon a clone—using your powers to sneak past patrols and infiltrate buildings. An early version of the game was created as a student project, which you download here .

For more details on this expanded and improved version, head to the Twin Souls Kickstarter page .