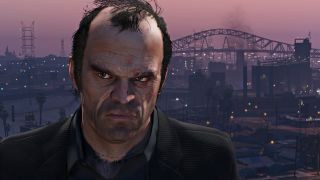 When the Rockstar Games Launcher appeared earlier this week the Steam version of Grand Theft Auto 5 suddenly stopped being playable in offline mode. Rockstar were quick to announce that this was a bug, and they hadn't made any changes to GTA 5's DRM.

The bug has now been fixed, and there's a ticket for it on Rockstar's support site. Here's the full text of it.

Question: Why can’t I set GTAV for PC to Offline Mode now that I have updated to the Rockstar Games Launcher?

So there you go. You'll need to be online to launch it the first time, but after that you should be able to play in offline mode again.