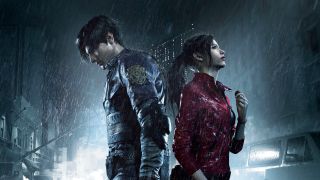 Capcom’s remake of Resident Evil 2 appears to be doing well for itself on PC, already boasting more than three times the number of players of the previous mainline entry in the series, Resident Evil 7.

As captured on Reddit, the remake has a current all-time peak of 74,227, which is almost four times the 20,449 players that Resident Evil 7 managed over two years ago. Some success can probably be attributed to the much-discussed 'one shot' timed demo, which showed off how damn nice it looks on PC.

Monster Hunter: World still eclipses Resident Evil's popularity on PC, though: a peak of over 300,000 players enjoyed that one at launch. For reference, UK boxed console sales of Resident Evil 2 are apparently 18 percent lower than Resident Evil 7's launch—though that dip could be attributed to a number of factors, like console players becoming more comfortable ordering digitally.

On PC, these figures seem to show the series is in excellent health. Who would have thought making a first-class remake of one of the best horror games of all time would be a smart business decision? If you want to find out just how smart, check out Andy Kelly’s review of Resident Evil 2 here.