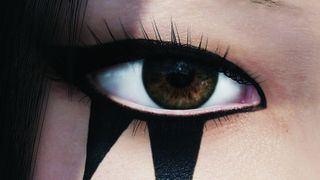 This diary was originally serialised in PC Gamer magazine. For more quality articles about all things PC gaming, you can subscribe now in the UK and the US. This is the final part. You can read part one here, and part two here.

Authoritarian regimes often pick train stations as the place to present an idealised face to the world⁠—a sort of dictator’s Instagram account. A station in a capital city is a point of entrance, a shiny front door to a society. It’s a confined space where message can be easily controlled.

No expense was spared on Moscow’s famous metro system, with enough marble and chandeliers to suggest an underground ballroom. At the height of the Soviet Union, photographs of Stalin were hung from its walls.

The street facade of the central station in Pyongyang, meanwhile, has the appearance of a shrine⁠—thanks to the portraits of the two Kim Jongs at the foot of its clocktower. On their flanks, a long colonnade props up a row of letters, “Long live the Great Leader Comrade Kim Jong-un! Long live the glorious Workers’ Party of Korea!”

There’s nothing so audacious in Ryding Park, a subway station far beneath the rooftops of The City in Mirror’s Edge. There’s an intimidating order to its symmetry, yes⁠—and a patterned configuration of thin bulbs in the roof offers strange light, like that from the heat element of an oven. But the chairs are orange plastic, and the blue and white tiles of the platform suggest a swimming pool. The evidence of a surveillance state comes instead from the advertising⁠—for gated estates, and secure, reliable phone connections. “With our network,” reads the CityEar advertisement, “you are never alone.”

Trains rattle past at breakneck speeds, shaking the whole structure, but I’m done with running. It’s here, in a couple of hours from now, that I’ll make my stand.

When we last left Faith, she’d emerged from the sewers to triumphantly blast away at riot cops with their own shotguns⁠—but been forced by some gated level design to leave all those weapons behind. Even now, with mastery over the game’s disarm techniques, it feels as if I’m at the mercy of an invisible quartermaster who doles out the game’s firearms only when they see fit, before locking them away again once the fight is done.

As I jog through dry canals to reach the old runner training grounds, snipers stand high above on unreachable bridges. Ducking in and out of alcoves to dodge their sights feels like an indignity⁠—when can I get my hands on one of those rifles and finally face down the city’s security forces? The only weapon around these parts is Jacknife, a former runner who’s found a permanent home among the city’s criminal element. As expected, he knows something about the death of mayoral candidate Robert Pope, the killing for which Faith’s sister has been framed. He sends us after Travis ‘Ropeburn’ Burfield, a former wrestler turned head of a shipping firm. Pope had been Ropeburn’s employer, and it’s implied the latter may have wanted to depose him.

“Look,” my handler Merc warns, “I saw Ropeburn wrestle once. Broke some poor bastard’s arm, then headbutted the ref. He won’t be a talker, he’ll be a fighter.” In other words, this guy has been living by a self-imposed code of violence long before I got here. Using the bright yellow sign of Z Burfield International Shipping as a distant beacon, I make my way over to meet him.

A thing about server farms⁠—they’re well- ventilated. I break into Ropeburn’s, then follow the shaft all the way to his office, just in time to overhear a conspiratorial phone call. The man’s broad shoulders betray a thug in a suit. Through the grate I have a clear view of his desk where a handgun enjoys pride of place⁠—as if it were a conference phone or mug of coffee.

Once Ropeburn leaves, I waste no time. This is the first time the game has handed me a weapon without a fight, and I’m not going to turn it down. A magazine called ‘Nature’ lies discarded beside it, and it occurs to me that FPS developer DICE is reverting to its own.

Sure enough, I’ve triggered a silent alarm somewhere. The lifts have halted, and the Blues are swarming in. Blundering into the building’s lobby, I make a beeline for the tall fountain centrepiece and start climbing. Once at the peak, I open up a new path onto a third-floor corridor by firing through a glass pane⁠—once to break, and again to shatter. Experience has left me acutely aware of how few bullets I can carry, and jealous of my enemies⁠—who have the luxury of refilling their guns endlessly, according to the rules of ’90s action movies.

I let the encroaching cops handle the rest of the windows, saving my shells for them. The shotgun’s weight issue is a thing of the past⁠—with the pistol, I can leap across large gaps with impunity, as if I were carrying nothing at all. My remaining ammo takes care of an unarmoured cop on a high mezzanine, and I disarm the next, even managing to take down one of the SWAT squaddies on the bottom floor. I get so carried away, in fact, I completely fail to notice I’ve taken a wrong turn and have to repeat part of the jungle gym again, but I don’t mind. I’m getting the hang of this.

On my way out of the building, I develop a pattern of cockily smacking my soles into the faces of SWAT teams just as they pound through each door, before relieving them of their weapons. Breach and clear this, you overdressed Siege wannabes. Their assault rifles, though, still click impotently⁠—the bullets deemed off-limits by our invisible quartermaster.

I have a feeling that’s about to change, though. It’s helicopter o’clock, and although I can’t kick the chopper in the gonads, I can fight the SWAT men it’s dropping off. In fact, the game’s telling me to hurt them, painting them as targets in red silhouette⁠— where until now their black uniforms have been a prompt to run.

Engaging in a well-oiled disarm procedure, I turn the nearest machine gun on its owners and fire. Either The City’s rifle manufacturer has recalled a faulty batch, or the game’s arbitrarily deigned to start letting me use them. The bullets emerge with a strange, snippy sound, as if fired through the plastic tube of a pneumatic delivery system. I wonder whether these oddly un-bassy weapons are designed to sit comfortably in the middle of the sound mix⁠—they’re not even allowed to dominate the audio, let alone the game at large.

Living on the edge

After the battle’s done, I fire the rifle into the sky, and it takes two or three seconds for the clip to empty. After hours of bullets in the single digits, it feels less Point Break cool, more astonishingly wasteful.

The tone of the game is slowly changing, as my route back to the runners’ hideout demonstrates. For those who think Mirror’s Edge is pacifist, I present Exhibit Shotgun Cop Spawned At The End of a Long Piece of Scaffolding Before A Long, Long Drop.

Ropeburn talked about meeting an associate in a partially-constructed building on Renold’s Street⁠—and so a short while later, here we are, and so is Ropeburn’s heli. His name evokes not so much wrestling as the nasty kid at school who gave everyone Chinese burns, merely to while away his lunch break. It fits. In fact, this place gives off the vibe of school after the bell rings⁠—all flimsy ceiling panels and eerie silence.

When I get to the roof, Ropeburn pulls the same move on me I’ve been pulling on the cops⁠—grabbing my shoulders the moment I walk through the door. What I’ve never done, though, is lift someone bodily and hurl them across a rooftop. “Did he send ya? You can both go to hell,” he screams. “No one threatens me!”

There are few sights in this game I know better than Ropeburn lifting Faith up by her throat, pulling her close enough to see the grin spread across his yellow teeth, and then throwing her over a ledge. I’ve had to endure it many times. When Mirror’s Edge first embraces combat, it does so in the most frustrating form possible⁠—an instafail boss fight. Luckily, I only have to wrench the pole from his hand once.

I send Ropeburn tumbling off the side of the building, where he hangs and reveals his secrets⁠—he did hire someone to kill Pope, and was planning to meet them at the mall tomorrow. But as Faith goes to pull him back up, a sniper on the adjacent roof shoots him dead.

On the way out heavy SWAT reinforcements force me down, through the empty subway under repair, to Ryding Park. I’ve come to think of an orange palette as Mirror’s Edge’s code for violence. A gleaming tangerine tunnel takes me down into the station, like a subconscious activation switch.

Ryding Park is “closed for reconstruction” and it does feel as if Mirror’s Edge is rebuilding itself before my eyes, as a game where force is a real option. Down here, where the passing trains raise the underground rumble to a roar, the armoury is finally opened.

First come the street cops with their pistols, which I promptly relieve them of, dodging between the cover offered by information boards and ticket booths. Then the SWAT arrive, shattering the glass over my head with heavy machine guns. My turning circle slows under the weight of their weapons. But by misusing the spin move⁠—designed to allow you to switch directions during a climb⁠—I can swivel quickly to face enemies. It’s an intense firefight, and I stick with it longer after Merc and the game tell me it’s time to move on, eventually succumbing to the reinforcements swarming down the steps, who outnumber my bullets.

With headshots, I can take out two or three of the SWAT already on the platform with pistols, conserving assault rifle ammo for the next wave. I leave one alive longer than the rest. His death will trigger reinforcements, and I need time to lug machine guns up the platform to the far end, hoarding them in a farcical pile of black metal.

It’s still a grossly imbalanced battle. Hiding behind a shuttered coffee stand, I let the reinforcements come to me, luring them down the platform in ones and twos. At short range I can take them down in quick bursts, saving bullets, but in every instance I’m only a quick burst from death myself.

The final cop hangs back, so I emerge from cover and engage Matrix-like ‘reaction time’ as I open fire. He falls in slow motion, and the clattering screech of the soundtrack gives way instantly to a low hum.

I decide to count the dead, but the bodies have already disappeared. In The City, imperfections are covered up and hidden away. It’s fitting that this aberration of a fight scene should be scrubbed from the records as soon as it’s over, leaving only the sheen of blue and white tiles.

Officially, this is a parkour game. But I now know it can be something far stranger. Ryding Park is where I get off⁠—the terminus at which I finally feel I’ve conquered Mirror’s Edge as a combat proposition.