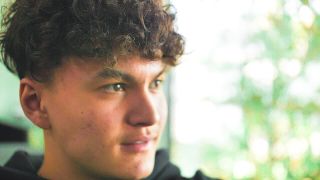 I wasn't surprised by the laughter that followed the permanent ban imposed last week on Faze Jarvis, a Fornite pro and streamer who wound up on the wrong end of Epic's ire after posting a video in which he, loud and laughing, used an aimbot in a public match. We all enjoy a bracing shot of schadenfreude now and then. But I was honestly shocked by the reaction to Ninja's statement a few days later when he said the penalty was too harsh, a reaction I got a personal taste of when I suggested that maybe he's right.

People were angry. And not about Jarvis cheating, although that was obviously an issue. The real vitriol was aimed squarely at Ninja's suggestion that maybe Jarvis shouldn't be banished for his misstep because—and here’s where it gets dicey—he's a content creator.

The exact quote from Ninja: "There's a difference between a content creator who has millions of subscribers, hundreds of thousands of followers, who gets banned from what literally makes him money, and … some kid who is just a piece of shit who has absolutely zero following, has zero money that comes from Fortnite, from gaming, and hacks."

To be fair, that's not the most articulate way to express the idea. But the underlying point is valid. Streamers and YouTubers are under intense and relentless pressure to create content, and they reap the rewards for their efforts. But so do game companies, who increasingly rely on them to draw attention to their games and keep them in the public eye.

Again, Ninja did not suggest that Jarvis should get off scot-free. He's said that a ban of six months to a year is warranted, and at no time that I'm aware of has he said that streamers should be exempt from the rules.

Even a one-year ban might seem unfairly light when everyone else theoretically faces permanent expulsion from the game for the same offense. But for someone whose career is built around Fortnite, a lost year is a heavy hit. Jarvis' skills are transferable, in theory at least, and a shift to a different game may be in the cards: He said in his most recent video that he's going to take some time to regroup and consider his future, but added, "I love creating content for you guys and I promise you, I'm going to keep going."

But even if he's able to transition successfully to another game, no other game is Fortnite. And this is a big part of what bothers me about Epic's handling of the matter. Fortnite is an absolute monster, the biggest game in the world, and it also has a very strong symbiotic relationship with streamers and YouTubers. Whether they pushed it to the top or just climbed aboard for the ride might be a matter of debate, but regardless of how it got there, its ongoing success is due in part to the efforts of guys like Jarvis. Epic maintains the game, but streamers keep it at the forefront of the collective gamer consciousness.

At 17, Jarvis is old enough to know better, but young enough to not fully grasp the potential repercussions of his actions, or the need to even consider them in the first place. "He's a kid" is traditionally a flimsy excuse, but "he's a kid we've been throwing money and adulation at for being wacky and playing this videogame" really firms it up. Those who follow him expect him to be funny, expect him to be outrageous, expect him to post videos like "Wireless Keyboard Prank" and "I Pretend to be Five Years Old in Fortnite" and "I Stream Sniped Random Fortnite Streamers for 24 Hours" and "I Annoy Fortnite Players With an Aimbot"—oh wait, not that last one. That's over the line and off the cliff, a career-ender.

Yes, Jarvis knew what he was doing was against the rules, but he's also spent the last couple of years immersed in a streamer culture that treats "rules" more like guidelines. Pushing on the limits of what you can get away with is how you succeed on YouTube. It isn't a great culture, but compared to other indiscretions streamers and YouTubers have been called out for, a one-time hacking session done for laughs isn't close to the top of the list.

Hanging Jarvis out to dry isn’t going to move the needle on that culture. Nor is it going to save the Fortnite community from some great, corrupting malaise. He’s not at the vanguard of a great wave of streaming cheaters and YouTube hackers who will scatter to the four winds when he falls—cheaters do it secretly, or as secretly as they can. He’s just a 17-year-old knucklehead accustomed to being treated like a star for doing what he does.

Was Jarvis cheating in a competition? No. Was he trying to hide it? No. He was doing something stupid for content, the kind of content he's built his career around, and that Epic has built its mega-hit game on. That may be a distinction without a difference for the guy whose game was just ruined by aimbot bullshit, but it’s still a far cry from someone who is cheating just because it’s easier than actually playing, and is likely to do it again. His lifetime ban accomplishes nothing except to take him out of the game.

To be fair, Epic is in a tough spot here. "Rules for thee but not for me" is not a message it wants to send, and putting Jarvis' head on a pike is one way to very clearly make the point that cheating will not be tolerated under any circumstances, by anyone—even unofficial reps of Fortnite. But is an all-or-nothing approach the only way to make that statement? A three-day break for a black hole was cause for wailing and gnashing of teeth, and I have no doubt a year-long ban would've been more than enough to teach his impressionable audience that there are repercussions for breaking the rules. At the same time—and I think this is important, too—it acknowledges the value of the role that streamers play in a game's success.

Quite a few commenters have taken issue with the "elitism" inherent in Ninja's suggestion that streamers should be treated differently. The thing is, Jarvis is being handled differently. Most Fortnite bans are fire-and-forget: Epic pushes the button, the axe is swung, and if the person under it skirts their IP ban a week later, well, whatever. For all practical purposes it doesn't mean anything because nobody notices. But it’s an entirely different situation if a banned YouTuber makes a comeback, because Epic simply cannot allow its authority to be flouted so flagrantly.

Jarvis could create a new account easily enough, but the moment he uploads a new video to YouTube, which is the point of the whole exercise, he's busted. That means Epic has to keep a weather eye on Jarvis' YouTube channel, to some extent, forever. That's a hell of a commitment, and entirely unnecessary: Epic could've sent a message with a one-year ban, but instead it's stuck with watching him forever. I don't know the details of Epic's inner workings, but I'm pretty confident that it's not doing that with every ban it hands out.

Whatever ultimately happens to Jarvis—and Epic has been unequivocal that the penalty will not be reversed or reduced—this feels like a one-off incident where nothing would be lost by giving a teenager a second chance after a year. Overwatch game director Jeff Kaplan recently told the Washington Post that Blizzard "usually takes about four or five days" when considering suspensions and bans for Overwatch League players, and I think Epic would do well to adopt a similar approach: Move deliberately, and make allowances for circumstance.