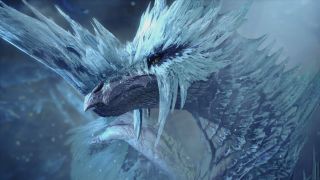 Capcom has released a patch for Monster Hunter World that fixes several big problems associated with the recently-released Iceborne expansion.

When it launched, players reported that Iceborne was full of technical problems, ranging from the relatively benign like poor performance, to huge problems such as saves becoming unreadable. Capcom was forced to apologise for the bugs a few days ago, promising an update was in the works.

The patch fixes a few key things. Firstly, the game should no longer corrupt saves. Any game saved before October 30 will reset to default keybinds, but should otherwise convert fine (provided it hasn't already been corrupted by the bug). Saves made since the November 22 title update will also work fine, but will alert the player that it "Failed to load keyboard presets. Data is corrupt". This doesn't mean anything important, though, and can safely be ignored.

The patch also reduced CPU usage, which was another point of contention for Iceborne players. Officially, the recommended CPU is at least an Intel i7 3770 3.4GHz, i3 8350 4GHz, or an AMD Ryzen 5 1500X, so Capcom is keen to point out anything below these CPUs probably won't see much in the way of a performance boost from the patch.

Despite the problems and the backlash from PC players, Monster Hunter World: Iceborne is doing very well for itself. With the PC launch of the expansion earlier this month, the game has hit a whopping four million units sold across both PC and consoles, which got the expansion back in September. The base game isn't doing too badly for itself either, having topped 15 million sales since its launch and easily becoming the best selling entry in the whole series.