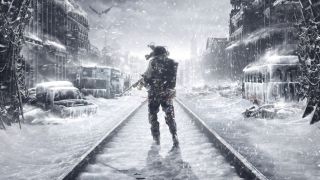 Author Dmitry Glukhovsky hinted in a 2016 AMA, shortly after the release of Metro 2035, that the Metro novels were over—although the Metro story itself might not be. "I think the main questions [about Artyom] are answered in Metro 2035," he said in one reply. "And even if there won't be any other Metro BOOKS, this doesn't necessarily mean that Artyom's story can't continue in other media..."

In a way, that's what happened with Metro: Last Light. It wasn't based on the Metro 2034 novel because 4A Games didn't think it would be a very good fit for a videogame, so Glukhovsky helped write the game and then used it as a partial basis for the Metro 2035 novel. Metro Exodus, the third part of the game series, followed the events of Last Light and also includes characters from 2035, meaning that, very generally, it hasn't been novelized yet. I don't think so, anyway—it's all gotten kind of complicated at this point.

Anyway, the good news for gamers is that Glukhovsky appears to be following through on his AMA statement. "The Metro gaming series will be continued," he wrote today on Instagram. "Working on the story."

He also shared this:

Is it too soon to crank up the excitement machine? Just speaking for myself here, but I'm going to go with "no." I'm also very pleased to hear that he's still involved in the series. A planned Metro 2033 film adaptation was canceled last year because the producers wants to "Americanize" it, which Glukhovsky felt would corrupt the story he wanted to tell, and if he's willing to walk away from Hollywood money in order to maintain the essential Russian-ness of his vision, then he's the guy I want steering this ship.